Filmmaking / Directing : Video-on-Demand (VoD) Not a Novelty But the Norm of Entertainment Industry Today !! by J P Nayak 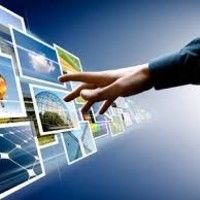 Video-on-Demand (VoD) Not a Novelty But the Norm of Entertainment Industry Today !!

As the world ushers towards the second half of the decade, the rise of the digital age has seen a revolution in many industries and has changed the way people view, behave and interact with the real world. Internet-of-things (IoT) is a reality, first our phones became smarter and then TV, followed by Houses and now entire Cities are being wired up to the Internet and are becoming smart. The fact remains, Internet is here and now, and it’s changing the human behavior and dependencies. The rise of the digital era has seen the fall of many giants like Kodak, BlackBerry, Nokia etc who failed to move with the times and change itself. It’s seen the rise of unconventional companies entering a crowded market with an innovative “smarter” product and taking over the entire industry, and it has only shown that we have got to move with the times and adapt ourselves to maintain market dominance and to understand changing user trends. The entertainment industry is no exception. For over a century now, not much has change in the Theater and TV broadcast industry, and the way people used to consume the content. However with the digital era now in place, there is a huge change in the users consumption and spending habit. Multi-Screen is here, Multi-Screen is going to stay, users have started consuming video content weather its Movies, TV Shows and other videos over their computers, laptops, mobile, tablets, Smart TVs or Gaming Consoles. Its fast, its smart and its convenient. With this change, even the entertainment industry has started to adapt and accept this change. We have seen the rise of VoD platforms like Netflix, Hulu and HBO GO. We have also seen video marketplaces like iTunes, Google Play, Amazon etc rise to the top by syndicating and distributing video content which makes it’s easier for consumers to purchase, rent, download and view this content. Report states that revenues from online television and video subscription revenues (SVOD) is set to reach $13 billion by 2018. Online streaming video services will increase their revenue by 10 billion in next five years. The explosive growth is a reflection of services like Netflix, Amazon Prime Instant Video and other subscription services that have recently gained significant transactions. Take the example of movie All Good Things that made only $500,000 in theaters but made a whopping $6 million in VOD.

Yes I agree with you, Alle.

It's where the money is now

Not sure. I prefer big images in the theatre. My cue.So in 2002 when I thought about all the people who had attended script expo, I was scared. Screenwriters had flown in from Hawaii etc. I think they had 50 states represented Gary Ross, the former head of Columbia studios. Timid but never scared I asked a question. Minority screenwriters. I was told doesn't matter. If its good it sales. Period. Well spin up to 2015 and the comic book era, thus the anti comic book film birdman. Drama has a good three month run Oct. To Dec Scifi varies, although it is my favorite genre with symbolism. Stop here it is.

Evidently you don't read messages do you???

been away bfor 4 years lol