Filmmaking / Directing : What it means to be a part of this year's Stage 32 Short Film Program and our premier experience! by Tanya Carleton Lovrics 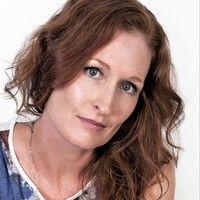 What it means to be a part of this year's Stage 32 Short Film Program and our premier experience!

I am so grateful and honored to be a part of this year’s Stage 32 Short Film Program with my first short film DOLPHIN GIRL. I made it out to Hollywood for its Hollyshorts premier, was greeted by JT Mollner, RB and Amanda Toney, introduced to the other amazing filmmakers in our program, and surrounded by support. It was the same support I’ve felt since winning a Stage 32 Short Script Contest. A contest win that began my journey to Hollywood’s TCL Chinese Theatres to watch my little film on THE BIG SCREEN!

In the crowded, dark theatre, it was nerve-racking listening to the audience as they watched my film. After so much time, effort and hard work, my creative baby was up there on public display. But... they laughed with the funny moments and were quiet through the dramatic ones; Dolphin Girl was well received. As I relaxed and sat back to take in the other 7 movies in our program, I was so impressed by the variety of storytelling and the caliber of each short film.

Afterwards, our group of filmmakers took the stage for a Q and A with Amanda Toney. Backstories and personal journeys were shared and in a flash a collective connection was forged.  I look forward to watching our short film program at many more festivals along with Sy, Carlos, Avery, Jonathan and the rest of our creative teams! It was also great to reconnect with my young lead actor Jamie and his mother and watch OUR film together!

I just had to say thanks to the team at Stage 32, for everything you do to support filmmakers like me.

Congrats to you and your team, Tanya. You met some fun, exceedingly helpful folks!