Distribution : How to distribute a 25 minute short with no known names online or VOD? by Ben Sledge 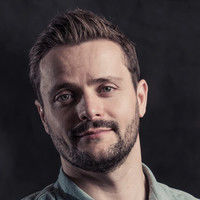 How to distribute a 25 minute short with no known names online or VOD?

I have a 25 minute very Twilight Zone inspired short film (called The Recursion Theorem) that I've recently released online (on our website via YouTube) after a festival run (where it played at some pretty minor festivals). I think the length hurt us on the festival circuit, as a 25 minute film is hard to program for.

I think this film would appeal to the Stranger Things / Black Mirror psychological fiction crowd, but I'm trying to figure out how to get eyes on it now. As well as older fans of the Twilight Zone and Outer Limits. I think it's going to take some unconventional means to get the word out... perhaps doing some roadshow style events. Also finding the right markets to advertise in... podcasts, radio, magazines? As well as online sites that might serve the right audience.

But, these are just my own thoughts, and I'm REALLY needing some advice here on specifics, or if you know anyone you can help me make a connection with. My goal is really getting eyes on the film, and to grow an audience, so I can hopefully continue to make more of the films I want to tackle.

Any advice or direction or contacts are really appreciated. I've spent the last three years on this film, so I really want to push it as far as possible now that it is out online.

Give this a read - I know a few who have placed their shorts here - hope it helps: http://www.scriptmag.com/features/columns/true-indie/true-indie-5-reason...

Hi Ben, I had distribution "luck" with my short via SHORTS TV network (on Directv and others) - not a ton of money but licensed for 3 years... I also used Distribbr for iTunes and Amazon distribution (you pay them $ against future sales)

Thanks both for the ideas.

Is the Amazon direct you get access to via self distribution the same as what aggregators like Distribbr get you on? I was under some impression there were a couple different implementations of Amazon's services. But it's not very clear.

Damon, do you mind filling me in a bit more with your experience on SHORTS TV? Maybe in a private message? Just wondering how many views you reached, if it drove traffic at all, what kind of deal you got, etc. Did iTunes and Amazon work well for you? What tools did you use to find audience and get engagement? I assume just having something on iTunes and Amazon itself doesn't do a whole lot unless you are really pushing awareness?

Hi Ben, I have been in your position and can sympathize. I would like to share two things I have learned the hard way. First, monetizing your short (iTunes, Vimeo On Demand, Amazon, etc.) may get you a couple hundred bucks, but will not bring eyeballs to your work. People just don't want to pay for shorts. They just don't. Second, you put three years of your life into this, this is your calling card, your portfolio. The money you put into it is a tax write-off. Take what you learned from the festival circuit, chop it down to under 15 minutes if you can, (or maybe split it into two parts) and release it on YouTube and Vimeo. That's where the eyeballs are. Reach out to podcasters, online bloggers and reviewers to drive traffic to your film. AIn't it Cool News, Short of the Week, etc. Advertising on Google will dramatically increase the traffic on YouTube. The bottom line - if you want eyeballs - give it away.

The 25 minutes length 1000% hurts in the festival circuit. Takes nothing away from your film which is pretty well made. Great demo to help secure $$$ for your next project.

-Ben, didn't see how to email you, so feel free to contact me via my link(s) in my profile and I'll try to shed some light on my distribution experience

Other topics in Distribution: