Introduce Yourself : About me and my goals by Robert Misirian 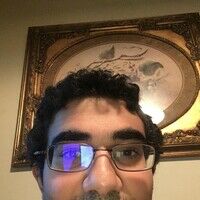 About me and my goals

Hey everybody. My name's Robert Misirian, and I'm an entertainment creator hoping to make it professionally. I specialize in four mediums: comic books, animation, video games, and movies. I might get to live action TV, but I'm not that big a fan of it. I do screenwriting, art (character design, storyboarding, animation), and game design and I wanna do film directing, lead game projects and be the lead designer, and run TV shows.

I have tons of goals entertainment industry and they include the following:

. Make my own versions of existing franchises for other studios in these mediums (Marvel, DC, Transformers, Scooby Doo, Power Rangers, etc.)

. Make my own original works for other studios.

. Make my own media conglomerate with different studios each with their own different brands.

Welcome. There is still a lot of work in video games. i did that years ago, although I never made it big. Some of my game friends did though. One worked on Spyro the dragon.

Welcome Robert, it must be so fun having the ability to animate