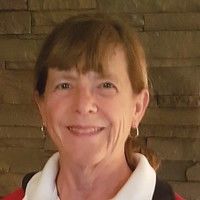 I've been told my Highway Mysteries would make a good TV series. My hero, Hunter Rayne, is a former RCMP homicide investigator. He was good at his job and devoted to uncovering the bad guys, but after his wife divorced him and his partner "ate his gun", all the fun went out of being a cop. Hunter bought himself an old Freightliner tractor and got a job hauling freight up and down the west coast of North America, from Southern California to Alaska. His home is a basement suite in North Vancouver.

His erstwhile sidekick and foil to his straight and clean-cut persona is a big noisy biker named Dan "Sorry" Sorenson who grew up in Yreka, California and has a bit of trouble with impulse control. Hunter's boss has been known to call Sorry "the biking Viking". She herself has earned the nickname, Big Mother Trucker, although few of her drivers would dare to say it to her face. She's tough and gruff on the outside with a weakness for her little Spitz (Peterbilt) and Harlequin romances when she's not at work.

I spent many years working in the transportation industry and have been able to create characters that are quite relatable for anyone who has worked in trucking. As a reader and film fan, I prefer complex mysteries to violence and psychological suspense, so car chases, fist fights and gun battles are scarce to absent in my books. I write in scenes from the points of view of about 5 main characters in each book, so it should be pretty easy to turn them into screenplays.

I'd be pretty much hands-off if someone were interested in producing a film based on one of my novels, but would certainly be willing to give input when requested. All five books (soon to be six) in the series are rated between 4.1 to 4.5 stars on Amazon and growing in popularity in the U.S., Canada, the U.K. and Australia. See more about the Highway Mysteries at http://redonald.com.

The Highway Mysteries - a series for mystery fans

https://redonald.com/
If you're a fan of the traditional mystery, like many of my readers, you just might find yourself hooked on the Highway Mysteries. Here they are, in order. I invite you to give them a try! Slow Curve…

E-mail me lease at gregorj3 at gmail.com. Thanks!