Introduce Yourself : Italy anyone? by Jennifer Norton 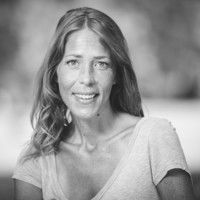 Hello friends, I've been a part of stage32's community now for over a year but have been rather shy about introducing myself. Until today, that is. As a New York actor/director/writer living in Florence, Italy, I have taken the last several years to stabilize my income in Europe as an international acting and directing instructor and private coach. I've learned Italian, become a proficient dv editor, an in-demand voiceover artist, have consciously helped countless people realize their capabilities and dreams, become a good cook, continued practicing the crafts of directing and acting whenever possible both for cinema and theater, have directed my own shorts and have contributed to the realization of over 100 short films, have translated about a dozen scripts, improved my skills as a writer, worked as an AD and a producer, have helped cast various indie features, run workshops, hosted film festivals... and now find myself wanting other and ready for other. It is a beautiful calling, being a teacher and provider, and it fulfills me in several ways. Acting and directing however deserve a bit more of my time and attention- my dreams and capabilities merit more from me, hence, it is my responsibility as well as my great pleasure to introduce myself here to you all and offer my skills in collaboration with yours. I love to learn, am extremely creative, share openly and willingly, appreciate true collaboration (and depend on it!) and am excited about expanding my community for the sake of bringing projects to fruition. I have 2 feature scripts completed and am in development with 2 others. I am an actor's director and adore character driven material. My type as an actor is strong, smart, warm. I coach online as well as in person. It is my delight to meet you all. Wishing everyone the best of everything all over the globe. Jen

Welcome to the community. How did you end up in Florence Italy?

"Ciao" from Spain, I love Italy, and "io parlo italiano" and you know what: I have a friend in Firenze! One of my idea to get a job is go to Italy, but I never do, but it's always a possibility. Please to meet you!

Hi Jennifer, very nice to meet you, I spend most of my time in Rome even if I travel a lot, but it's interesting you're so close, I hope we could have the chance to meet personally, I'd like to know more about Paura, are you shooting that in Florence?

So glad you stepped into the light, Jennifer!

Best of luck with your scripts and projects. Look forward to hearing about them!

What kind of films are you interested in producing?

Hello Jennifer, Nice to meet you.