Introduce Yourself : Producer/Writer by Sharon Letts 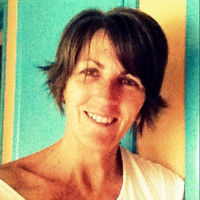 Originally from mainstream media, I was a producer in Los Angeles when I was brought up to Humboldt County, in Northern California, ten years ago, to produce a news show. While there, five years ago, I presented with breast cancer.

Due to my working in media in the cannabis capitol of the world, I was offered a strong cannabis oil, successfully putting the cancer into remission, while doing away with numerous prescription meds and supplements for myriad conditions/ailments.

This changed my life and career forever, and I've written of nothing else since, with a focus on patient, caregiver, and medicine maker profiles, covering six states and three countries on the subject.

This past year I’ve come full-circle back to television and film, developing intelligent magazine, reality, and documentary shows on the subject. I've also penned a pilot script (with co-writer), from a book I wrote, Cannaopolis being shopped now. Cannaopolis is a family drama based on fact, from my time, friendships, and experiences in Humboldt County.

All-in-all, I've become a niche out of circumstance; knowledgeable on cannabis as medicine (would love to segment and field produce on the subject), with a solid background in production.

Thanks to Stage 32 for giving me a platform to share. For the past five years I've been stuck in the middle of the cannabis community, while merely peering back into mainstream, waiting for the masses to be educated on the subject. 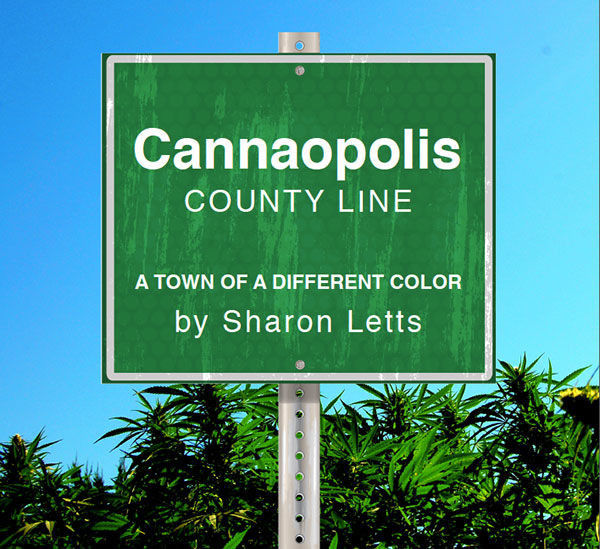 Great story! Welcome to Stage 32 and my network! Happy networking!

Welcome! Pat Savage I love Guatemala. Lived there for a while 20 years ago.

Pat, have a great trip!

Chad Stroman, I've been here since we had about 25,000 creatives but thanks and welcome to you! It is rainy season here but loving the Mayan stuff and the people are lovely too. Sharon Letts, I rode all over the Baja and loved LaPaz especially. I look forward to a conversation in the private message area. See if we can help each other in any way. This goes for you too Chad Stroman

Hi Sharon and welcome to the group. I'm quite familiar with Humboldt County. My wife's son is a medicinal cannabis grower and producer up here in Oregon. I believe there is a market for short instructional medical cannabis use videos and that the demand will only increase as more states allow its use. To bad you've headed south.

Doug, thanks to your son for farming :) Hope he's fairing well with the new regs. My heart is in Humboldt, my skill set is in Los Angeles ;)

Hi Sharon, nice to meet you.

Sharon, so nice to meet you, we are GOAL MATES ;) in that I relate to a lot of your story. I would love to do something creative with You. Sharing your story. Stay Lifted and Safe, Buddy. Feel Free to network or connect. Jeannie420 and check out https://www.usweedchannel.com

Sharon I must share this with you as I notice, the #TokeyAwards you must meet my TOKEY BEAR the CANNA BEAR that cares SOS Much for EVERY Buddy https://www.facebook.com/profile.php?id=1478788785743183&ref=br_rshttps:... to hear tokey speak: https://soundcloud.com/ashleigh-angel-klein/tokeysfirstsaydaywithbillfultonmp3https://soundcloud.com/ashleigh-angel-klein/tokeysfirstsaydaywithbillfultonmp3

I can't stop myself long enough to tell you CONGANJALATIONS WTG beating BREAST CANCER with CANNABIS OIL!!! Juice as much whole, organic as you Canna and esp at night, I wear my oil on my feet. I am so Chuffed to connect and meet you! CANNOPOLIS is BRILLIANT! ...;)

I am about to do a live show in Australia called 'TRW' = Today's Real Women. I will be doing some pre recorded segments as a part of the show. I'd be interested in collaborating with you. Happy to screen some of the proven medical facts of Cannabis use on cancer. It's community TV so sadly I don't have any funding but it would help get the word out over here. Let me know what you think. I've got a step sister and a friend fighting breast cancer atm and neither are using alternative methods.

Pleased to meet you! I was born in Arcata, spent a lot of childhood summers in Eureka (lots a family was there).

Thanks everyone! So nice to connect with you all. Ashleigh, I just responded to your email ;) Leanne, alas, my first TV gig was for Local Access in Southern California - I honor what you are doing. Wish I was closer to work with you and make things happen. Sending you positive energy for your family and friends - not everyone is brave enough to go the alternative routes, but when they do, it's life changing. Blessings to all :) Nice to meet you, Barry :)

Everyone, I'm new here... how do I tag your names in my comments?!

Josette, thank you :) Look at my website under Chamomile - it's a powerful herb, nearly mimics CBD. There are recipes w/photos under Apothecary. Send me a message via my contact page if you have any questions :) www.sharonletts.com

Hi Sharon, I'd love to chat with you on collaborating and also would like to invite you to an industry networking and charity event I am producing next month, please message me. Thank you!