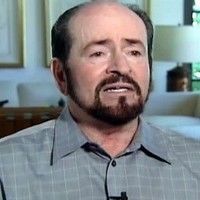 Ron Friedman
Works at I.L.I. PRODUCTIONS, INC ♦ Screenwriter
posted in Introduce Yourself   Sign in to subscribe
2 years ago

In animation I created GI JOE, DEFENDERS OF THE EARTH, THE BIONIC SIX, and with Stan Lee, my friend and frequent writing partner, I created THE MARVEL ACTION HOUR. I also rewrote the first 60 episode of THE TRANSFORMERS to "set" the show, and its principle characters, and wrote the animated feature THE TRANSFORMERS: THE MOVIE. I have a new book out on Amazon, I KILLED OPTIMUS PRIME (SO SUE ME!) which I hope you will buy, and I wrote more than 700 hours of mostly Prime Time Top Ten Television in all genres, and was cited by the Writers Guild of America for having written for five of their 101 BEST WRITTEN TELEVISION SERIES: ALL IN THE FAMILY, THE ANDY GRIFFITH SHOW, BARNEY MILLER, GET SMART, and the ODD COUPLE , and also many scripts for BEWITCHED, FANTASY ISLAND, STARSKY AND HUTCH, CHARLIE'S ANGELS, GILLIGAN'S ISLAND, THE FALL GUY, I DREAM OF JEANNIE, et al and with shared story credit with Stan Lee wrote feature scripts THE FANTASTIC FOUR, THE MIGHTY THOR, and LUKE CAGE , et al. I also created, sold and wrote 56 pilots for nearly all networks, and major producers in all genres. I'm hoping STAGE 32 will be useful.

Hey Ron! I'm a graduate of Chapman University's Film School! I am always happy to find another Chapman connection here.