Introduce Yourself : Screenwriter-ing by Todd Chestnut 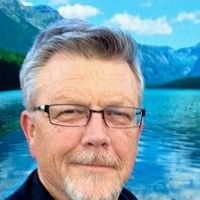 Todd Chestnut
Works at Freelance ♦ Editor, Screenwriter
posted in Introduce Yourself   Sign in to subscribe
2 years ago

I wish I could just plug the computer into my head and have the images residing there transported straight to the page. Although, in the end that might be kind of messy. So, for now I'm stuck with putting words on paper. Or, is it digitizing letters and arranging them into words?

I've been in the film/tv business for 25 plus years, mostly as an editor. My brother and I won 2 Academy Awards for our film school projects many long yarn ago from scripts that I wrote.

And so, after honing editing/my story telling skills with many episodes Reality TV I decided to concentrate on screenwriting.

I mainly write Thrillers (as in Spy, Action, Mystery), although I am finishing up a Horror script that has proven to be loads of fun. Who would think I would like writing Horror, since I don't like watching Horror?

I'm also working on the series bible for a binge-worthy tv show.

Anyway, that's me. If you need some input, help, ideas, etc. for your project, just give me a buzz.