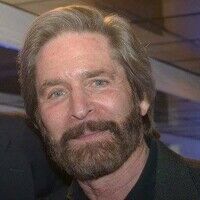 Hey there Studio 42. To use an old cliche, I’m a recovering Harvard/MGH neuroscientist turned internationally recognized serial entrepreneur, digital imaging expert & visual effects (VFX) pioneer. I have over 33 patents and decades of feature film & TV accomplishments including productions for all the major Hollywood studios, TV networks & several cable networks. In 2000 I established the first & longest operating VFX studio in India.

I invented the original digital process for colorizing black and white movies. In the process of “ destroying our American film heritage” I colorized over 250 films, 180 TV episodes & 70 cartoons. I also produced all color, compositing & VFX for Spielberg's first digital animated feature, We're Back, A Dinosaur Story, Gahan Wilson's animated classic, The Diner, the Fox TV series, Attack of the Killer Tomatoes, as well as VFX for the ABC miniseries, War and Remembrance and the John Lennon documentary, Imagine.

I re-invented colorization in 2001 and founded Legend Films. There I produced 150 films for the Legend Films'​ library and colorized iconic films for Fox, Sony, Universal and Paramount. I also produced VFX for Scorsese’s The Aviator, HBO’s Entourage, the CBS Sports Special, Jim Nantz Remembers Augusta: The 1960 Masters, the CBS Specials, Lucy Goes To Scotland & The Italian Movie & the ESPN Sports Special, The Greatest Game Ever Played.

In 2007 I invented a process for converting 2D films to 3D, changing the company name to Legend3D. Beginning in 2010, I oversaw creative & technical teams in the 3D conversion of Alice In Wonderland, the Shrek Trilogy, Transformers: Dark of the Moon and many more tent-pole films at the height of the 3D phenomenon. In subsequent years the teams I led have worked on the 3D conversion and VFX of more than 65 of the highest grossing 3D feature films of the past 10 years.

I’m so impressed! I feel like we are heading into a new dimension of human experience, and flat delivery of stories without interactivity will be very dinosaur one day.

If you ever decide to do an experiential project to teach human energy flow using interactive technology, I do have specific thoughts on that. I am a priestess of Egyptian magnetic touch, which involves polarity between one or more persons. The leading edge in the tantra field has to do with awakening humans from a five sense reality into a sixth sense energy aware reality. Thanks for all the magic you put into my life through the effects you’ve made in some of my favorite films

Really great stuff Barry! I am the Director of Script Services at Stage 32. Feel free to reach out at any point j.mirch@stage32.com