Introduce Yourself : This is me. Really. by Kelly Cheek 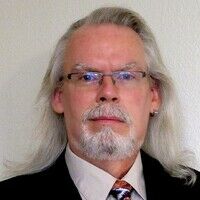 This is me. Really.

My name is Kelly Cheek. I'm an author who formerly went by the pseudonym Haydn Grey. I've given up the alias, though. Decided to come clean and go straight.

I've self-published six novels so far, starting with the Facebook trilogy (Profile, Poked, and Private Messages), a set of modern stories (for adults) set against the backdrop of Facebook. I followed that up with All We Hold Dear, a historical novel alternating between modern day Manitou Springs, Colorado and the 1800s, up to, during and after the Trail of Tears. The sequel to that is Trial by Fire, also alternating between modern day and a historical narrative spanning the entire twentieth century. Finally, The Lost Colony finally reveals what ACTUALLY happened to the settlement of Roanoke.

I have another completed novel that I'm not sure what I want to do with yet.

On a typical day, you might find me chain-smoking and drinking myself into a stupor while I pound out my latest literary masterpiece which will be summarily ignored until after my death in a secluded cabin in Montana, where I'll dash off one last note in which I'll excoriate all my critics before blowing my brains out with a shotgun, after which I'll be hailed as an underappreciated literary genius.

And I write good stories.

Hi Kelly ...Sir..I am a writer-Actor with 02 short film subtitled in Hindi for US production companies. and 01 produced script here in India...let me know if any assitance require in any way ...I look forward seeing your success...