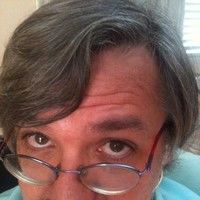 Hello! Grateful to all directors of the Stage 32 for this opportunity. My name is Alexandre. Well ... I was born in São Paulo, the largest city of Brazil and of the South America. In Sao Paulo, I lived for many years near the Avenida Paulista, perhaps the highest concentration of city cinemas. Since childhood my mother took me to watch movies in the area, both animations of Disney and Hanna-Barbera as good quality movies such as Wuthering Heights ((1939), The Sound of Music, The Lost Horizon (1973)... Ahh ... the soundtrack of Burt Bacharach ... Many years later, after my graduation from the University of São Paulo (USP), I started to make music videos using virtual environments. Despite the fact that I use the technology of game engines to move avatars and lip syncs voice-activated to make them talk and, by another side, screen capture software to shoot, all this can be more appropriately classified, in my opinion, as "digital puppeteer" (a home version of techniques used in "Turtle Talk with Crush, an interactive attraction that has appeared at several of the Disney theme parks in collaboration with Pixar) and" virtual filmmaking "(or machinima, the cheapest, fastest, and the only type of animation that can be broadcast live). Currently, at least five of my videos already have been seen on YouTube in more than 130 countries, with an average of 18,000 views each. Only when I got increase my broadband rate and started to use one 3D mouse (made by Logitech), however, that I got take a leap forward in my work (although I still have a lot to learn and improve, of course). Hope you like of it.