Post-Production : Is dialog sound always done with ADR in features? by Vital Butinar 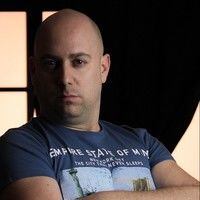 Is dialog sound always done with ADR in features?

Here's something I've been thinking about recently after shooting a TV series pilote episode.

We absolutely tried everything to get the best production sound possible.

This means that we had a sound guy who recorded all the talents sound with lav mics and also used a boom mic. He also shot ambient sound and a couple of foley sounds to go along with the action.

So in other words we did everything that we could to get as clean sound as possible.

The problem is no that we're editing things together there are situations where I'm not exactly sure how to deal with sound.

Obviously some things will have to be fixed with ADR but here's my question: How do they deal with this in bigger budget stuff.

I mean I keep thinking to myself why don't we just ADR everything and have clean sound.

So how is this done in bigger budget stuff, I'm really interested?

Hope everyone is doing ok and safe.

Every sound guy I know would say "YES, absolutely, every feature film uses ADR", but I've heard some filmmakers mention that they try to get clean takes on set - just have them repeat the line to the mic instead of to the camera. And then any lines that you have recorded that don't match the mouth moving, you just cut away to something else so the line is delivered "off-screen". But that's basically on-set ADR LOL!

Hey Karen "Kay" Ross that's a good point. I was actually thinking of that before we shot everything but at the same time it can be a problem if the talent isn't constant with the dialog and it wouldn't match up anyway.

As for getting clean sound that would always be my preferred choice but it's so hard to do that. The last three shoots we had planes, trains, farming machinery and facbook dings from people passing by anytime we were shooting but never in between takes. If it was none of those things the talent touched the exact area where the mic was or moved too much and we had cloth sound again.

So clean sound as much as you want it is a really hard thing to do.

Thankfully ambient sound fixes a lot of stuff but if what we're shooting is set in 1930 we can't exactly have a jet plane in the background or a beeping dump truck.

I guess ADR is an unavoidable fact of life in film.

Thank you for pitching in.

Hi Vital! Yes there’s plenty of ADR done on features. For low budget , no budget shoots grab a recorder , your mics and record new audio. You must have a video of what the scenes are so they can watch it a number of times to get the feel and rhythm, and then record the dialogue: just make sure you have a quiet place w no external noises: believe it or not if you have the video on a laptop one of the best places to record is in your car away from everything:

Hey Lindbergh E Hollingsworth thank you. I did actually know about using your car. I've done a couple of voice overs like that and it was really funny too because my neighbors kept checking what was going on. They should be used to the crazy stuff in our house by now.

But yeah I could really do that, put footage on a tablet and use the recorder to record stuff and the talent can even listen to the recording with headphones from the tablet.

I thought so that they used a lot of ADR because there's now way you can get that clean sound on locations.