Producing : A Shared Moment of Duplicity by Giuliana Morello 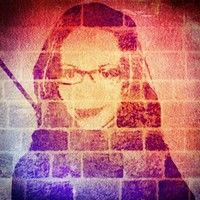 A Shared Moment of Duplicity

I am really excited about this next filmscript I am writing. My first one got two nominations for “Best International Feature Script” and the writing much compared to Richard Curtis' (Four Weddings and a Funeral) even got a letter from Curtis' office calling it “clearly a very entertaining and original script” and that project is now to be connected with a producer and funding via a film institute in London! I've just finished lining up the right people for my second script (for exampe the last films the special effect people worked on was George Clooney's “Monuments Men”) Best of all, a highly esteemed Hollywood actor is very interested in one of the leading roles. And it's all going to be produced (funded and promoted) through Social Media. Talk about raising the bar:) With Social Media I also mean eg. making a mosaic of a film poster made up of thousands of people's photos, having people on various platforms to vote on look and sound and so on, fascinating! And, a prophet called Bryn Franklin prophecied over me re this and the audiofile if you want to hear is here https://soundcloud.com/giuliana-morello/bfprophecy/s-wsoMu My film in a nutshell: This surreal dramedy is set in a modern made-up world, with strong hints to the late 60s and early 70s revolutionary edge and ditto music. "The Gospel" told from a new, vibrant, controversial and challenging perspective with freedom, joy and jeans at its core. For a more fleshed out synopsis click here http://mgm-independentproductions.com/ASMOD.html I don't know how much you know about “Kickstarter”, if you know all about it just skip this paragraph:) Ok, so kickstarter is a platform (like facebook, twitter, instagram etc) with the difference that one loads up a creative project which then gets crowdfunded (a lot of people putting their spare change together – from as little as a pound to whatever they fancy – ) in return, they get an item from the “incentive list” which appears beside one's project. The project has to hit the financial target in a set time. Here's the key, if it goes above target, the project gets all funds collected (eg target 50,000 and project makes 60,000=project gets 60,000) If it doesn't reach target (eg 49,999) the project gets nothing. Kickstarter gets a small percentage with projects hitting target so they are keen for the projects to succeed hence their platform facilitates great networking through various platforms plus they showcase the projects. So, I have produced and filmed my presentation (two weeks of labour of love:), I've set my time to reach my target and worked out the target (i.e.“The Minimum Budget” to kickstart my film incl. Kickstarter's fees) and my project is live!:) The absolute minimum I need to kickstart my film, incl Kickstarter fees is £24,100 and ends Tue 2nd September! Please hurry, throw in your spare change and SHARE;) I am really passionate about this and want it to suceed. It's a fun way of thousands of people working together and with thousands of people throwing just one pound in, this project will happen! It's a fun challenge:) It's harder to ask people I know but I'll try so here goes:) “Would you put a pound towards it?” And even better, engage and share this with your friends asking them too to share? If you would engage your friends too as in them putting a pound in and sharing this, then, as a massive THANK YOU, I would like to give you something out of the “incentive-list” on the project-page. To fund the project and also see the incentives, go to http://kck.st/1rkJ1ZN Whether you are a gadget-person, a limited edition collector or if the thought of having your name in the film credits or being on a filmset and in a film is a dream..whatever it is that fancies you, take a look at the list and let me know. And if what you are looking for is a mixture of what's on the list, let me know anyway. I want to give you something valuable back to you. I'd be over the moon if you want to be part of this..the whole Social Media thing is for it to work like a ripple effect, the more people engaged and sharing the more sucessful this project will be! It's so exciting and who knows how far it will go and what the capacity of it is! I am curious to find out and I really hope you are too. It will go to show that a lot of people can do a massive thing with one pound each! Thank you!!!! xoxoxo Giuliana and the amazing JackPac:) p.s. Please feel free to share this letter.