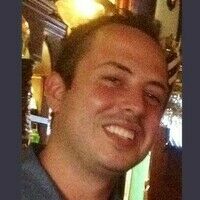 I would love some insight from anyone how has had experience as a producer on how one become an executive producer. Are there tangible steps one can take to better position oneself to become a producer? The only thing I can think of is becoming an assistant.. your thoughts? Thank you. Anton

Anton... Hey, man. So... There are many different types of producers. A lot of different shades. I'm not sure what your level of experience is, so I'm just going to write as if this is kind of new to you. Since you mentioned exec producers, I'll dive in to that one a bit. Film EP's are most often where the money comes from. Think about, say, the Weinstein Brothers who are EP's on anything they release. An EP is often approached by a Producer with the rights to a certain piece of material... The producer makes his or her pitch and talks about any relevant attachments (cast, filmmakers) he or she may have. The EP will then sign on and agree to partially or fully fund the project if he or she likes the pitch and the package. Inexperienced EP's are often not deeply involved in the creative, though they will have input... often referred to as "consultation." An experienced EP like Weinstein will have a list of territories he or she has sold to in the past and will know which actors (or filmmakers) get the most pre-sales in a given territory... so he or she will likely only agree to bankroll your project with the talent on their list and will probably require much broader input in regard to any manner of creative endeavors associated with a project. Then you have regular Producers who can run the gamut from, in some cases, money people who also found a property (script, book, graphic novel, newspaper article, etc.) and have creative instincts to match their business acumen... or simply people who found a property but don't already have the money and are merely creative producers. You can see how the Producer title can often get muddled. For the first kind of Producer, think of Megan Ellison. She got her dad (Oracle CEO Larry Ellison) to give her a starter fund. Next, she set up meetings with all her favorite indie filmmakers and, before anyone even knew who she was, she was earning producing credits on films by P.T. Anderson, David O. Russell and Bennett Miller... and it wasn't long before she was earning herself Oscar and BAFTA nominations, too! In other words, she wanted to be a full-blown producer on these films and have creative input. Her money gave her instant access and she was very smart in the ways that she used that access. Her brother David got a fund from his dad, too, but went the other way... rather than indie people, David went straight to Paramount and asked to fund a new MISSION: IMPOSSIBLE film through his shingle Skydance. Pretty soon, he had a nice slate of big budget Paramount films in development. So. If you have access to funding and a sharp head for business, you will be welcomed with open arms even if you have little practical producing experience. Megan - even now - is often partnered with a more experienced producer (Chuck Roven, John Lesher)... though by now, one assumes she could run a show on her own. After all, she's had some pretty phenomenal on-the-job training. The un-financed Producers will work to develop material on their own to get it ready for the screen. Often, they'll work with a writer or writer/director to sculpt the material into something that can be done at a price that makes sense. Then they seek attachments that will entice investors. Once they've got financing, and a project gets going, they're active in virtually all phases of production - from story, to casting, to helping select key department heads and all the way through Post, marketing and release. On an indie scale, they'll often do much, much more. Next on the ladder, you have Co-Producers. They report to the Producers and serve a variety of functions... basically filling in where needed. Then you have Line Producers. These are the keepers of the budget (specifically, the line separating those "Above The Line" which includes writer, director, producers, cast, etc. from the other crew), but they manage the budget overall. The day-to-day costs. He or she will try to keep everything functioning on time and on budget. Below them are the Associate Producers. These are often assistants who have proven valuable and been given a credit as a sort of starter... often instead of a raise. It's all pretty complicated. Your best bet is to either get a job working as an assistant to a working Producer, as you mentioned, OR to get out there and start producing stuff yourself! Shorts. Spec commercials. Docs. Web series. Whatever interests you. Remember... Content rules. If you've found a talented young writer or director and created a relationship, that's your best bet. Look at the relationship of Lawrence Bender and Tarantino for an example. Where do you find them? Stage32 is a good start. Go to film festivals and meet people. Read newspapers and websites for ideas and join websites where you can review the pre-existing work of writers. Doing the job on an indie scale will give you loads of experience and also room to make mistakes and learn from them. Producing, in any form, is tough because for the vast majority of us, there's no pay until a project is green-lit... but if you have a project that you truly believe in, fight to get it made. Hope this helps. Best of luck.

Shaun gives a great summary of the many types of Producers and paths out there to become one. The real truth is there is no easy path to becoming a Producer (outside of being born very wealthy) and no secret handshakes either. Having been around a while now and seen a lot of people move up and others fall by the wayside, I can make a few suggestions. They are still long shots, but better than other paths. 1) Go to UCLA, USC, NYU or Santa Monica College and schmooze the professors in the Film department and try to get introductions for intern/assistant work with their Producing friends. Find a Mentor! Having a mentor who teaches you the ropes and then hands you the reins after you prove yourself smart and eager and charming is the fastest way up the ladder. If you can't get in the Film program, major in another program and audit classes and show how eager you are. So what if you don't earn credit? Nobody reads your degree after you graduate. You want connections, not GPA's. 2) Become a writers assistant on a television show through a network program. All the Networks have programs to bring in new blood to the writer's rooms. TV is a fast way to move up if you can get in "The Room." Get there any way you can. Can't write? Who cares? Hitch your wagon to the Show Runner's coat tails and become master of his or her appointment calendar. 3) If you can write and write well, then write like hell and create content someone wants. A very long shot, but if you use the connections from steps one and two, you'll be way ahead of everybody else. I could give a lot more cheeky (and sadly real) suggestions that involve vice, addiction and questionable ethics for succeeding in Hollywood, but these also lead to more trouble than they are worth. Otherwise: good luck, have fun and always have a backup plan.