Producing : How Do "rookies" Find Credible Representation? by Steven Greene 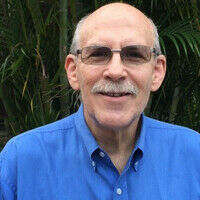 How Do "rookies" Find Credible Representation?

The four, former members (including me) of our company have either been or still are, first responders. We started out in the late 1990's and into early 2000 (until we took a long hiatus due to 9|11), working to produce a true reality show (where the rescuers involved in the clips were interviewed). That pilot is still available at Bit.ly/AmericasHeroes.

After over a year since 9|11, we looked at all sorts of firefighter-themed reality shows. Then I found my idea for a dramatic series while visiting numerous fire department websites.I scribbled down the idea and shared it. We wrote a brief description. Our partner in LA took it around to some of his contacts, and each one suggested a pilot script.

We were (and still aren't) experienced script writers; outlines, we're OK with! A script? Oy Vey! (Yes, I'm a Jewish firefighter and even wrote a book of how that accidentally happened!) I was elected to write it and then we collaborated on editing, construction, etc. That script was ready since 2015. We were even invited to the city's Office of Film & Television who loved the script, the story line, etc. Even the Fire Commissioner liked it and they are all "onboard": if we get to shoot a pilot. We have shared it with both first responders and civilians and every review came back with the proverbial, "Thumbs up." Unfortunately, the opening is so expansive and dramatic, it would be impossible to create a pitch reel for it.

Thus, we are a piece of the huge "pickle" of having a property that the city in question, its fire department and production office all love, but we have been unable to find reputable presentation. We did have a couple of "ins" in LA who expressed interest in it, if we could demonstrate we had an agent.

So, how do four knuckle-head first responders who know their business, but not the TV/Cable/Satellite/Streaming business. find someone who will also like this script and would be willing to shop it or even, just talk with us?

What you describe is an almost universal rookie screenwriter's delema. First off, you've got the cart before the horse. You don't need an Agent (it's highly unlikely you'll find one) - no what you're looking for is known as a Manager. A manager is someone who will work with you in getting your script into marketable condition and will then shop it around for you.

Thank you, Doug. I appreciate you taking the time to educate me/us. and what's funny is that in all the years we've been working on these projects, we had never heard the term, "manager," used in this manner. Much appreciated!

Steven Greene I normally don't advocate paying for pitches/notes/mentoring, but in this case I would advise you look at all the execs that offer services here on Stage 32. Look them over and find a couple (more like 5-6) that seem to fit the genre of your concept. Then pay them to consult/mentor/give notes, whatever you think is the most cost-effective service for you. You can also reach out to Nick Assunto - Stage32 Script Services Coordinator, who runs the Script services here, and see what he thinks.

Yes, I highly suggest using the many services that Stage 32 has to offer, especially coverages and pitches. It's money well spent. It's paid off for me twice.

My sincere thanks to both of you, John and Matthew for sharing your advice. Unfortunately, we decided to dissolve the company a couple of years ago. We had practically given up all hope, when out of the blue, I received an email from State 32. As you may have seen in my bio, I've been producing a successful podcast for the fire service for 4-1/2 years and just started a new, nonprofit to assist firefighters and hopefully, other first responders in dire need. So, I don't have the funds to watch the webinars or paying fees for guidance.

I have learned quite a bit here, though. And I guess I need to make it clear, that we do not want to be the writers of the series; we didn't know what we were doing when we had to write the pilot script. Luckily, we found Final Draft and a former student of my wife who knew it and we got it done. All we were looking for was some "producer" level in the production to assure that, since this is based on an actual department, the story lines remained faithful to the stories that the department is willing to share about the real (not Hollywood-ized) issues that face fire departments and firefighters.

We're certainly not the first nobodies that have wanted to do something like this and we won't be the last. Maybe, what separates us is that we weren't looking for millions of dollars or to be big television producers. We simply wanted to tell the real stories for a limited series over three seasons.

Again my sincere appreciation to the two of you and everyone here at Stage 32. It has been an interesting learning curve that I have shared with my colleagues. I wish all of you much success with your efforts and may your dreams still come true.