Producing : How to Make a Movie that Sells... by Stacey Bradford Schaller 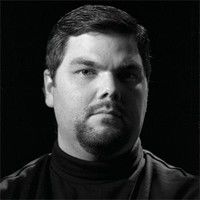 How to Make a Movie that Sells...

WOW! Wound up being long. Next time I'll keep it shorter. :)

Are you looking for distribution options? What project(s) are you working on? What films have you produced in the past?

Stacey, I have just written a BioPic. It ismy first attempt at writing a screenplay and the difference in writing an autobiography and writing a movie script is unbelievable. I am not a "screen writer" nor do I aspire to be one. I only want to get my screenplay produced to tell my story :). I've been told it's a good story and needs to be told. I have a logline, a synopsis and I'm working on a treatment. I intend to pitch on Joey's pitchfest, when I have perfected my pitch.Any advice you can give will be most appreciated? Also, you mentioned a script in which the tires were "screeching". How was that sound written inthe script?

Regarding the sound, the script might read "The tires SQUEALED as JOEY gunned the gas." I have seen those descriptors in screenplays, though most often they are introduced by the sound designer later. In this case, a writer should have penned "The tires GROUND the loose gravel as JOEY gunned the gas." Though filmmakers are not always looking for realism, realism in the screenplay helps add richness and depth to the story. People begin to "get lost" in your story as it "feels right." When it "feels wrong," for what ever reason, it shocks them back to reality and interrupts the story. Different viewers have different thresholds, so filmmakers can get by with some "unrealism," but the better you do it, the more audience you will keep--and the more "sellable" you movie will be. Regarding the log line, pitch and synopsis, go ahead an run it by me. And you can send me a private message if you don't want it "out there." I'll tell you what I think. I can probably better tell you what definitely won't sell rather than what definitely will. Everyone is different, and that's true for producers as well. They have different tasted and interests, so you will get a lot of "No's" even if it is good. But if it is good, keep after it and someone will tell you Yes. :)

Please send me your e-mail address.

I love this post so much truth to it - story is everything! And telling something people can relate to and see to be real is gold and if you add into that marketing materials - such as new cell phones and other such things like they did in matrix - you've got a seller!

Absolutely. :) In film school, we had this saying: "You can make a bad movie from a good script, but you can't make a good movie from a bad script."

Stacey, Did you get my script?

I don't think so, Beulah. When did you send it?

"NObody knows Nothing." William Goldman