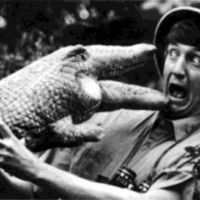 Looking for an agent, production company or collaborators for an animated film. Go to www.locokids.com for a picture book which helps explain the character and concept.

An imaginative boy from New York with an ethnically diverse background (Mexican-American mother, Polish-American father) Howie Kaplinsky, has long dreamt of being a cowboy, vividly fantasizing that NYC locations and situations are scenes and situations in the Wild West. With his “Cowboy Vision,” Howie transforms dogs into coyotes, telephone poles into sequoias, a woman in a fur coat into a grizzly bear, the concrete canyons of New York into the Grand Canyon, and the floats of the Macy’s Thanksgiving Day Parade into an enormous, bizarre stampede. Beyond that, Howie discovers he has “Cowboy Powers” that let him transform himself into The Amazing Buckaroo. Wearing a magic 10 gallon hat, Howie overcomes the problems and challenges he faces in a Wild West Way, using cowboy skills such as roping, riding, bulldogging and bronc busting as he pursues truth and justice while following the way of the Cowboy Code.*

As he pursues extraordinary adventures and everyday fun with his diverse group of friends in New York City and confronts and overcomes the Bad Boyz, a neighborhood gang that picks on him because he’s different — Cowboy Howie proves that when you “follow your dreams,” with imagination, sincerity and perseverance, you can make the world a better place and make your dreams and the dreams of other people all come true.

* The Cowboy Code: Always tell the truth. Finish what you start. When you make a promise, keep it. Take pride in your work. Be gentle with children, animals and older people. Respect others, if you want to be respected. Don’t be lazy. Don’t brag or show-off. Be neat, clean and take care of your body. Talk less and say more.)

Please note: Cowboy Howie is a franchise concept including 10 picture books, an audio book, an animated feature film (the 94 page script won a blue ribbon in a script contest against over 800 entrees from 28 states), an animated TV series and an animated short currently in production. Like Miguel in “Coco”, Howie is a charming, imaginative and innocent boy. He confronts adversity and triumphs in ways that are engaging, unpredictable and amusing. Like Dash Parr in The Incredibles,” Cowboy Howie uses incredible, unusual skills to overcome bad guys and bad situations. This film takes advantage of natural product placement opportunities including Macy’s, New York City, BMX and more. It’s also ideal for American and worldwide Spanish speaking markets. Registered with WGA. All songs, ASCAP.— Copyright 2018, mifflinlowe@gmail.com www.locokids.com, 401-480-4487

http://www.locokids.com/
THE TRUE WEST has been selected by the Children's Book Council for its list of notable books for grades 3-5 in conjunction with the National Council for Social Studies. Whoppee ki-yeah!!! REVIEWS FROM PUBLICATIONS.