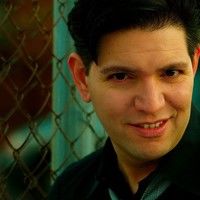 Now in it's second year, Kew Gardens Festival of Cinema showcases the eclectic diversity and excitement of the independent arts world. The Fest celebrates the outstanding work of emerging filmmakers in all genres from around the world, with an emphasis on highlighting underrepresented artists. Works of all lengths and genres are considered for Festival screening, including narrative Fiction, Documentary, Web Series, Music Videos, Animation and Horror.

We award over $25,000 in Prizes and Distribution Opportunities!

Emerging filmmakers with low budgets and no connections are so often ignored in favor of the standard big budget generic action films. Exciting low-budget films are created all over the world; we need the opportunity to see them!

The 2nd Kew Gardens Festival of Cinema runs from August 3rd - 12th, 2018. The Film Festival includes awesome film screenings, cool discussion panels and super-fun parties at venues throughout Queens. The event concludes on August 12th with an amazing awards dinner gala ceremony atop the world famous Terrace on the Park - built for The Worlds Fair in 1964. Kew Gardens Festival of Cinema is honored to partner with a variety of local and international sponsors, including Yelp, Big CIty Graphics, Seed & Spark, SAG-AFTRA, Soundview Media Partners and IndiePix Films. Among our $25k+ in awesome prizes, winners of the Best Feature, Best Short and Audience Choice for both Feature and Short categories will receive a an opt-in distribution offer as well as an InkTip Script Listing to promote themselves and their scripts to InkTip’s entire network of producers, managers, and agents.

Kew Gardens Festival of Cinema is an all-volunteer 501(c)3 organization founded in 2016. We believe everyone deserves a fair shot at getting their voice heard and we guarantee every film is watched in it's entirety by the festival programmers. Our diverse judging panel is made up of top industry professionals which promise a bias-free review

You can find Kew GARDENS FESTIVAL OF CINEMA listed on both FilmFreeway.com and Withoutabox.com, or you can check out our website - www.KewGardensFestivalofCinema.org

Use code KGFCNEWYEAR and take $10 off your submission fee.

https://www.festivalofcinemanyc.com/
Entry Rules and Regulations 1. Objectives: Our Mission is to celebrate the art of filmmaking and the contribution of filmmakers by hosting an international film festival to support the development and…