Your Stage : The Just LOVE Show's special guest this week is... by Kip Baldwin 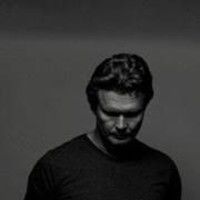 The Just LOVE Show's special guest this week is...

The Just LOVE Show's special guest this week is... Gerry Gallagher CEO of WLOR.net Gerry Gallagher (Music Producer) Gerry Gallagher (born in Glasgow, Scotland) lives in Calabasas, California USA. Gerry has been in the music business for over 35 years and actually got involved with music through his personal friendship with the Founder of Atlantic Records and former CEO of Warner Bros. Records Ahmet Ertegun. Ahmet immediately took a liking to Gerry and took him under his wing at an early age. Ahmet obviously saw in Gerry the very same passion for music that motivated and drove himself in the early stages of his development of Atlantic Records. History has documented the astronomical achievements of Ahmet Ertegun and Gerry has always considered it an honor and privilege to simply have known the man and a colossal dream come true (that continues to this day) ... having been able to consider Ahmet as a mentor, colleague and a friend. A few years ago, Gerry came very close to signing Susan Boyle the International singing phenomenon to his Menagerie Entertainment/SOLA record label right from under the nose of Simon Cowell before Susan became a worldwide singing sensation while performing on the talent show Britain's Got Talent produced by Cowell. Unfortunately for Gerry, Susan's performances on the show (and her phenomenal appeal worldwide) along with published newspaper reports that Susan had been approached by Gerry with a record deal resulted in Simon Cowell rushing to sign her to his own record label. Gerry's comments thereafter were "I am at least happy for Susan; she is a great talent and someone who will do well with her gift of a great singing voice". Gerry was prophetic in that comment as Susan Boyle's first album set a modern day record for a new album release selling 8 million copies in just 6 weeks and culminating in excess of 14 million sales worldwide. http://www.dailyrecord.co.uk/…/exclusive-singing-sensation-… Gerry has worked over the past 35 years in distribution, marketing and production/producer with: Led Zeppelin, AC/DC, Phil Collins, Frank Zappa, Paul Anka, Charlie Daniels, Aerosmith, Kiss, Mariah Carey, The Jacksons, Journey, El Chicano, Phil Collins, Pete Brown (songwriter for Cream), Stevie Wonder, Chicago, The Who (John Entwhistle in regards to the soundtrack of the movie Jerry McGuire), Kim Wilde, Kate Bush, Abba, Wet-Wet-Wet, Simply Red (Mick Hucknall), Simple Minds (Jim Kerr), Anne Murray, Steve Miller, Dave Matthews, Elton John, ELO, Toto (David Paich), Nazareth, Booker T & The MG’s, Santana, Vikki Carr, Jessy J, Ronnie Wood (Rolling Stones), Friends Of Distinction, and many more. Gerry is presently in studio and producing a very high level project with 70's rock group "El Chicano" who had 5 Gold and Platinum albums and seven top selling albums released over 7 straight years under the Kapp/Universal Records label. Gerry has been able to persuade some of his friends (who are true legends in the music business) to collaborate on this project under his guidance and production. Needless to say, everyone associated with this project are extremely excited about what is about to be released in 2015. www.elchicanomusic.com Gerry is also very involved in the “ONORI PROJECT” with good friend and world class musician Richie Onori (drummer for Sweet) who is also a brand name in himself and a multi-faceted music entrepreneur. In addition to his many producing, directing and distribution achievements Gerry is a music consultant with the International Olympic Committee (IOC), International Soccer Federation (FIFA) and the European Football Association (UEFA). He also is heavily involved with movie soundtrack and scoring. In 1991 Gerry had the distinct honor to be involved with the 3-month "Diamond Jubilee Tour" of Europe starring Frank Sinatra, Eydie Gorme and Steve Lawrence. Gerry is the owner and CEO of SOLA (Sounds Of Los Angeles) a Southern California based independent production and recording company that is heavily involved with ongoing music and film projects in the USA as well as the United Kingdom. “Grammy Worthy Philosophy” A rather reserved individual, Gerry believes that his role as a Producer and Distributor is to be the ultimate music facilitator and getting the project finished at its highest caliber. Gerry works on a one-song-at-a-time philosophy when producing, with the objective of making that particular song “Grammy Worthy” before he is finished with it and moving on to the next tune. Gerry often works in partnership with renowned music engineer Gerry (The Guv) Brown on his many recording projects. Gerry, also writes and works closely with Fred Sanchez (founding member of “El Chicano) and David Paich (founding member of “Toto”) who both have co-produced songs with Gerry. Gerry is one of many music talents that grew up in the ECHO PARK area of Los Angeles along with such legends as The Eagles, Jackson Brown, Frank Zappa, J.D. Souther, Linda Rondstadt, Woodie Guthrie, Ryan Ross, Elliott Smith, Tom Waits and many more! Gerry (known as “G” to his music circle friends, colleagues and collaborators) also is heavily involved with giving music back to the community and often arranges free concerts involving the musical talent that he produces and manages. He also donates his time annually as a celebrity judge for the Rock Star Music Education program to promote music in elementary schools in the USA. www.rockstarmusiceducation.org LINKS: www.elchicanomusic.com www.rockstarmusiceducation.org Be sure to tune into this show and hear Gerry's remarkable journey through the world of music 04/o1/2015 at 7pm PST/10pm EST onWWW.WLOR.NET Wishing you and all your loved ones JUST LOVE, from all of us at the Just LOVE Show… www.justlovemovement.com