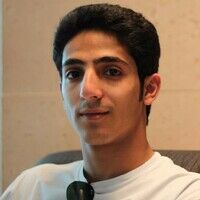 Reading through feedback, I came across a note that said:

"Dialogue and conversation should only be used when they are necessary, to fill in the gaps left by the inadequacies of the motion picture"

Remember this: Show, don't tell. The dialogue makes the story moves forward, by giving informations you can't show. Is it a gap filler? I'd say yes, but I would call it like a "gap filler". I would say that dialogue and motion pictures are complementary. One needs the other to make the story move. The quote is correct, but saying it is a gap filler is reducing the importance of dialogue. When used wisely and adeptly, It will be efficient on screen without being overwhelming (no small talks are such useless things).

Depends. Sorkin is all dialogue, Stephen Knight love dialogue and does it really well. I like writing action, I write dialogue and then cut the crap out of it. Perhaps your dialogue is weaker than your action. Look at the note under the note.

Most feedback praises my dialogue. "Witty, snappy". But this one reader argues that dialogue is only there to fill gaps visuals can't express.

Maybe the dialogue goes on too long. I had to remove some quality lines I wrote because my earlier dialogue made the point. Even good stuff can be trimmed for maximum impact.

Every scene needs conflict and dialogue can showcase conflict between characters or inner conflict within a character, which is a gift to actors. My humble opinion...

No, I disagree. I believe in great dialogue and that's half the ball game. economy of words is another thing entirely. Make every word of your narrative and your dialogue add value to the story.

Over many years of both novel writing and screenwriting, as well as numerous books, workshops and coverage, I've come to the conclusion that there are only 6 uses for dialogue in a script:

Exposition – if needed facts (and the stress here is the facts are crucial) can’t be communicated to the audience visually, then have characters exposit the information through speech. This is most commonly used for back-story points that are relevant to the story at hand. Note: do this very, very sparingly.

Plan – simply characters stating what they’re going to do or want to do. Often, plans aren’t expressed, to surprise the audience. Often, too, the character states the one thing then does another (like people do). The point is, don’t be so obvious like having a character say, “I’m going to do this.” Then he actually does it. Make it more subtle, roundabout, contradictory.

Revelation – this actually means Silence. The best revelations are heard, in the sense of hearing what is not said, like reading between the lines.

Opposing Values – this is tied to Values in that a character states the opposite of what the first character states. This causes direct conflict. The timing is important to note; most often, two (or more) characters will clash, but the audience only hears one character’s values. It’s only later (generally in the second half of the script) that the opposing character’s values are stated, revealing the reason behind the conflict.

Moral – generally stated very close to the end of the script, this is the moral of the story, the lesson, the underlying point. Call it a paraphrasing of the Theme. And yes, it needs to be said out loud by somebody, usually not the main character. It shouldn’t be left to the audience to discern, but stated clearly. On the other hand, avoid clichés, demagoguery or preaching; having a minor character speak off-handedly is usually the best way. But somebody has to state it.

"Gap filler" really isn't the issue - every word in a screenplay should do 1 of 2 things (or both at the same time): progress the plot or deepen character. If the words don't do these things, cut them. This includes dialogue!

Well, if you turn the sound off, you lose the music, too. Even silent films relied on music to help convey the story. It's interesting - try turning the sound off and see how the visuals change meaning. Commercials, TV, movies: the interpretations of the action on the screen can be vastly different without the sound (dialogue and music).

It's simple maths, one reader divided by the number of other readers gives you how much weight to give to his feedback. Unless he has money, then he is right. He is also talking a mindset. He is correct in that seeing someone in love removes the need to hear them say "I love you".

I think it depends on the writers own style and what they want to do with the work. Tarantino for example uses dialogue to move the plot, where as folks like Oliver Stone are masters of visual emotion. Go with your gut and create your own voice.

I don't buy that.

I understand from this comment that dislogues should only be used when necessary, which makes them the opposite of a gap-filler. It's saying the same thing as the famous adage "show, don't tell" (whenever possible).

Ever who said, "Dialogue and conversation should only be used when they are necessary, to fill in the gaps left by the inadequacies of the motion picture" is full of crap. Really that is the craziest statement I ever heard. I hope you didn't pay money for those notes you received from that person.

Free from BlueCat. Feedback for every submission.

As I was saying earlier about the uses of dialogue, here's a great article on that!