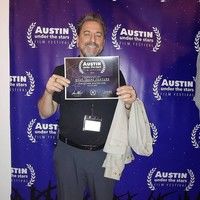 It ain't always a hero's journey.

I was just reading a screenwriting article about ensuring your heroes have stakes, whether it’s fighting to survive or accomplish a major goal or overcome an objective. I was struck by the odd choice of one of author's non-fiction examples, a person I hardly consider to be a hero. In other words, they did nothing daring or valiant that helped their fellow man. And let’s face it, not every story is a hero’s journey. And thank God for that. Personally, I’d find that rather tedious as a writer and viewer.

One of my favorite films is Alexander Payne’s 2004 film Sideways. In this story, there are no real heroes. In fact, both of the main characters, Miles and Jack display less than exemplary human qualities. This includes Jack being a thoughtless womanizer and Miles stealing money while visiting his mother. However, in this story, I’d say Miles functions as the protagonist and his friend Jack is the antagonist, who creates some unexpected challenges for Miles during their week-long road trip.

Both of the main characters in Sideways have challenges they must face. For Miles, he must accept the fact that his first wife has left and isn’t coming back and overcome his hostile feelings about her impending marriage to another man. He’s also an aspiring novelist that must deal with reality of his well-written novel being too weighty and lacking the commercial appeal publishers want. For Jack, he must face that fact that his B-movie acting career is over and address his fear of commitment to one woman. For good and bad, Jack also functions as a catalyst during the duo’s road trip when he plays around with two different women. Jack’s poor behavior creates challenges himself and Miles that from a story standpoint creates an exciting week of emotional and physical turmoil.

If you have not seen it, I highly recommend watching Sideways. It’s a film not about a hero’s journey, but rather a compelling story about a flawed protagonist and likable antagonist. People just like the ones I know in real life.

Excellent choice and a film which gets my highest recommendation too.

There are so many layers to this story that it's hard to summarize it effectively. It's almost like a "coming of age" for adults.

I love films that are unintentionally funny, and this is a great example. In areas, it's hilarious.

When people say "hero's" journey...the word "hero" is simply another word for "protagonist" or the main character. The hero does not have to be heroic. Or noble or even a good person. They can definitely be flawed and in tragedies, they are the catalyst for their own downfall and sometimes death.

Great read. I couldn't agree more. Love Sideways and I've watched it many many times. I understand there is now a play version by the author of the novel Rex Pickett and available from Samuel French. I'm very curious to know what the stage adaptation is like. I will have to put it on my reading list.

Amber: Thanks for attempting to correct me, but not all protagonists are heroes. That's the point you seem to have missed. Other than they both can be literary characters, there are differences. Here's a lesson from vocabulary.com:

We are all the protagonists of our own story, aren't we? (Time)

It's so gratifying that eight of the films on my list, many of which were mainstream hits, feature a woman or girl as the protagonist. (Slate)

The difference is in their Greek roots — the word hero meant "demigod" and a protagonist meant the first person to address the chorus in a Greek drama, also known as the main character.

Phillip 'Le Docteur de Script' Hardy You’re missing my point. I’m agreeing with you that main characters do not have to be heroes. Our disagreement is over semantics and the use of the word “hero.” As long as a reader/viewer connects to your protagonist on an emotional level, it doesn’t matter if he or she is heroic by the end of the story or not. That’s the point.

Amber: Oh, I got ya now. Sorry. But I'm not sure how someone can be hero without heroic behavior but now I better understand your post.

Yeah Sideways is an example of the fact that life revolves around small stakes. The reason I don't care for high concept is that nothing is generally at stake. But high concept is easier to pitch from what I hear. Also Sideways is a great California film with a sense of place, strong characters.

Sideways as a hero's journey in here somewhere: https://www.youtube.com/user/clickokDOTcoDOTuk/videos

Great post! I’m so sick of armchair producers talking about stakes being high enough. In Sideways, what’s really at stake for either lead?