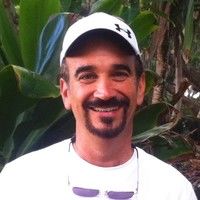 SEE! With the exception of ONE finalist, every single one oft hem had written at least half a dozen scripts if not over 10. People are finishing their first script and wondering why they're not winning. Because it doesn't happen. ONE writer - out of 7800 - was able to write a first script that was good enough to win. ONE out of 7800!

There is a point where the dream is self delusion and self destructive. When Hemingway said a writer needs a good built in bullshit detector, he wasn't talking about detecting other people's BS, he was talking about the writer being able to detect their own BS. Most writers would rather dream than wake up and get to work improving their craft. If you go into it realizing that it might take you 10 or more screenplays, you won't be disappointed when that ends up being true... and if you really do manage to break in with fewer screenplays it's a great thing. Thinking you're going to break in on a couple of scripts is just setting yourself up for disappointment.

A great post and a good message for beginning screenwriters. Only one of these 9 was a finalist with a first spec script. Yes, lightning can strike you right out of the box, but the odds are about the same as winning the lottery (or for that matter, being struck by actual lightning).

Make goals instead of dreams. Nurture the goals. Do three small goals a day to take you to the big ones. Understand small goals have no momentum.

The question was: How many screenplays did you write prior writing this finalist script? Finalist #2 answered: None. This was my first screenplay. Yes there is the possibility this writer sat down completely green to screenwriting, wrote a script, submitted it to Nicholl, and reached the finals. Which is pretty cool, no doubt. But their answer can also be taken a few ways. The answer specifies screenplay. They could have written countless stageplays and dozens of novels before that. The answer could be technically correct in terms of when they started their first draft, but fail to explain the dozens of other stories written while redrafting. I'm sure many of us could claim a far fewer number of screenplays written before our more successful scripts if we want to. I know I can. I know that reads a little skeptical on my part, but claiming to have an abnormal degree of natural talent is something a lot of successful screenwriters do. It's a cynical practice exercised from Nicholl winners to Oscar winners. The question we have to ask ourselves is, who would we rather be? The writer who's success can only be attributed to an intangible subconscious ability and luck, or the writer who worked out how to get there over a period of study and can likely get close to that goal over and over? Who is more desirable to the industry?

It is most definitely varied.

I'd be surprised if it didn't vary.

I don't see that much variation, but finalist 2. The rest all wrote numerous scripts before winning. I too doubt number two just sat down and wrote the winning script with no writing experience.

Thanks for all the real talk, fellow S32 people. I'm about to dig into number 5 and this discussion helps me do so without feeling like a failure.

Jeremy Thornhill
2 is clearly lying. He probably wrote a bunch of crap that never got finished. Quentin likes to tell this story himself too, that True Romance was his first script he ever wrote. He likes to present himself as a genius and many people feel because of his story they can do it too. The reality is, many of his friends, his school friends, college kids, would tell you he was constantly watching, writing and creating stories. Just like everyone else. There is no "First Script Wins" in Hollywood. Ever. Unless they were a script reader for numbers of years, and even then, I would never believe they didn't try writing a script. You learn more about yourself and the craft when you write, it's that simple. The latching on of the "one prospects" in Hollywood and thinking you're part of the .001% of people who are going to be greatly celebrated in the industry for your amazing genius, is stupid. Start aiming for Shark Attack 7, then sell a few, make Piranha 2, Aliens 3, The Bellboy and the Playgirls, Murder a la Mod, Who's Knocking at my Door, Following, etc. If you don't know who made these movies, they are considered the best directors in Hollywood. And even they made crap. Still do. The best advice I can give to any aspiring screenwriter, is follow the careers of actual working screenwriters. People like "David S. Goyer" Death Warrent... Kickboxer 2... Demonic Toys... It took until The Crow for him to get working on specs he wanted to make. Stop gripping on people who have 3 IMDB credits. Start looking at all the guys who write the marvel movies, who write the fast and furious films, who are hired, paid writers to write scripts they could give two shits about but make them into big budget entertainment in Hollywood. Most people I meet on these forums don't want to be screenwriters. They want to be world renowned screenwriters who get paid for their own spec scripts they write in their office or basement. This is the furthest thing from what a screenwriter is. A screenwriter writes an amazing spec that is never made and is hired by a studio to write other things. And if they suck, they never get hired again.

I don't see much variation, sucessful writers plow foward and stick with it. I don't assume this is the first thing Number 2 has written even if it is his/her first screenplay. This person may have written books or blogs for years.

Number two is what the production of Hollywood is about, a fairy tale, you could say a contestant on The X-Factor, whom had never sung before live in front of audience... goes and wins it, these things happen, why doubt it, accept it and be pleased that the person could do it, because it shows evidence. Unless proven guilty aha :)

Comparing screenwriting to a voice that just happens to be given to someone, is silly. Plus, no one who sings on American Idol or any of those shows have never done it before. They are amateurs. That's what people need to understand, you're not even an amateur screenwriter until you're in "the room" for the first time or are making your first sold script. Until then, you're aspiring. And before that, you're wishing. Until you've written scripts, you're not aspiring. Until you've been produced or hired, you're not an amateur. Sorry to say...

I have to say I agree with Jeremy. We do use the word amateur too frequent an incorrectly. Most people are Aspiring or wannabe screenwriters. This writer #2 on Nichols we're talking about...is an amateur. before he was a Nichols finalist, if this really was his first script, then he was an aspiring screenwriter who either had god given talent or it was just the right story at the right time for the right judges. but I'd be willing to bet he's written plenty of other things - books, TV pilots, shorts, etc.

Kathy Schenfelt, I did not sigh, all my first drafts are crap. Interesting how similar our writing experiences are.

i think there is nothing wrong with having dreams. i'm a realist, yet when i entered a competition in Belgium just a couple of days ago i can't help but think that maybe THIS IS THE ONE, even if it's only my 2nd competition (1st being S32's New Blood) and having only written 4 scripts. dreams are what keep you going at some points in your lives.

There's certainly nothing wrong with having a dream. But that dream has to drive you to work harder and longer than 99% of other people. We've grown up with far too many kids stories which teach us that, if we want something enough, our dreams will just fall into place.

This is why I don't use the term "Dream". Dreams are things you sit and think about. Goals are things you do something about. I have goals. I have goals each day in regards to screenwriting, each month and each year. If I don't reach my goals, clearly I need to try harder, work harder and get better.

Goal, mission, target, ethos, ethic, etc. All good. Dreaming is wanting. Working is doing. Treat it like a job. That said, I respect some are writing just for fun.

that's all nice and well, but sometimes you also need a little bit of luck, being the right man/woman at the right time, it goes without saying that this is on top of all the rest (work ethics, talent, knowledge,...)

No doubt that serendipity plays a huge part in success, Tim. But luck is really just ambition meeting opportunity. Don't gets wrong though, I hear you, very few people get to say they are working toward a genuine dream.