Screenwriting : Shut up with the sage advice already! My advice is find a crack where you can squeeze in. by Phillip "Back From The Dead" Hardy 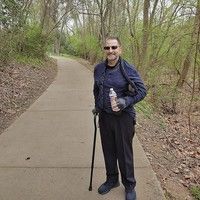 Phillip "Back From The Dead" Hardy
Works at The Script Gymnasium and Madmonk Productions ♦ Screenwriter, Script Consultant
posted in Screenwriting   Sign in to subscribe
2 years ago

Shut up with the sage advice already! My advice is find a crack where you can squeeze in.

God knows, Uncle Phil (yes, I'm speaking about myself in the third person) endeavors to stimulate interesting topics and continually looks for compelling articles to post. The kind of material that might stimulate good discussions. Today, I was trying to locate an article about how to turn your screenplay into a novel. But alas, I couldn't find what I was looking for. Besides, why would anyone want to turn their screenplay into a novel? I say, try to be good at one thing, instead of shitty at two things.

I found this article called Can You Really Be a Professional Screenwriter? Perception vs Reality and I'm posting the link below. To spark your interest, here is a quote from that article:

"For example, this year, I’ve had the same TV drama pilot make the Top 10 PAGE Awards finalist as well as the second round at Sundance Episodic Lab, but that same script did not make the second round of Austin Film Festival. Why is that? I’ll never know. It’s hard to tell how each contest chooses their readers, especially the ones in the early rounds when there are thousands and thousands of scripts to muddle through. AFF (at least I know this to be true of this year) sent out queries to all of last year’s 2nd rounders, asking if they wanted to be readers for this year’s first round. That means you’re allegedly being judged by other writers who most likely have zero qualifications to be a contest judge, other than having had their own script succeed in a previous contest. I’m not picking on AFF. I love their event and respect their efforts. It’s simply the reality of what happens in contests far too often because of the high volume of scripts needing to be read. The people who run the contests really do want to help writers. The solution becomes to either lower their expectations of finding a large number of qualified readers or raise the contest entry fee in order to pay the readers what they deserve. There’s no easy answer."

Okay, here's my opinion about this writer's quote. Who gives a rat's ass? Did this writer get a film deal off her top ten Page finalist spot? I don't see anything that says she did. I know another writer who has three finalist scripts at AFF this year and nobody's signed him for a management deal yet. However, instead of resting on his laurel leaves, that ambitious writer is traveling here from another country to meet with folks in LA to see if he can drum up some business.

People, you will never achieve success by overthinking why people didn't like your script. Placing well in contests may give you a tiny bit of ante to play in the game. But it won't get you a damn thing of value if you don't try to connect with people who can further your writing career. And, in fairness to the author of the article I'm posting here, she does advise her readers to find a champion who likes their writing. But kids, you're going to have to break a lot of eggs to make that omelette. So my advice, is use your spec scripts as calling cards to score a writing gig from a producer looking to make a film. I've done some ballsy things to make that very thing happen. But none of what I did included whining over why my script didn't get picked at AFF, Page or any other contest. I've had four place at the AFF contest and it hasn't helped me one damn bit.

BALLS OF STEEL: Can You Really Be a Professional Screenwriter? Perception vs Reality

https://scriptmag.com/features/balls-steel-professional-screenwriter-perception-vs-reality
Jeanne Veillette Bowerman is the Editor of Script magazine and a screenwriter, having written the narrative feature adaptation as well as the 10-hr limited series of the Pulitzer Prize-winning book, S…

Good stuff Uncle Phil. We write, we pitch. We try to get our scripts sold, optioned, or made. Contests? Rather get a deal!

gotta try all avenues - contests, film school, whatever gets you close to working filmmakers. Or you can make your own movies, your own people. For example, Barry jenkins worked with the same cinematographer and Producer for 20++ years. The trio met in college. All 3 were always around filmmakers and grinded their own paths.

I teamed up with a SAG Actor on a primetime show. It's just a casual talk, no contracts, no agents, just emails & skype talk. My intro to him was me contacting him privately on Twitter and I asked , "Hey, bro, how can I make you into a global Star?" I guess one way is to find emerging Talent and collaborate. But it's still a long shot. Lots of Talented folks in Los Angeles driving Uber and waitressing. Competitive job field.

F#$% screenwriting contests! Who the crap wants to be an "award-winning" screenwriter, but not have any of their material produced?! While I'm at it, screenwriters need to stop calling themselves "award-winning" if their script hasn't been made into a movie, or at the very least, they weren't given a trophy or a plaque for the win. Happy writing everyone!

I think the black and white of Film Deal or No Film deal kind of ignores the relationship building this industry really requires. At least, that's been the experience of every working writer I know. Every time you get more reads and more people excited about your work, the closer you get to being in the mind of the right person at the right time. That can be through connections to actors, producers, contest wins, etc. I wouldn't rule any avenue out because all of them can work. After my last contest win, I went to several meetings where folks said, "I'm a fan, I want to read everything you write from now on. Also, we're looking for XYZ specifically -- XYZ is something I know I can get my boss excited about." They're showing their hand to me and what will get them to say yes BECAUSE of that networking and rapport. I can't get better info than that.

Lastly, I've felt the vibe myself in meeting people in LA that there is an element besides the quality of the material that is required. Every general I've gone to has been a test of "are you a writer who seems like a team player that can work in a collaborative environment and can get along with our team members?" And I've had many of them tell me of scripts they loved to pieces, but the writer was extremely difficult to the point that it wasn't worth pursuing. Networking helps this. I've been recommend MANY times to others just because they found me to be a pleasure to work with as well as a strong writer. So in short, deals are great, but they're the tip of the iceberg to the work that is required to get there. Break a leg, everyone!

I don't enter contest and I never had anything to do with them but I can see wining or placing high in one might convince more people they should read your screenplays. That is always the first if you trying to sell one or make connections in the business. Yes connections are everything but they have to be good ones or they aren't going to be much help. A producer that never produced much of anything usually isn't in a position to help a screenwriter that has never sold anything.

Phillip "Back From The Dead" Hardy

Good point insuring a producer has legitimate credits. Also, the credits need to be fairly recent. If a guy hasn't made a movie in 10 years, that's also a good indicator you may be wasting your time. The director I'm currently working with had a movie released two weeks ago.

Uncle Phil. That is true.

Yep, choose your producer wisely. A right-click on their name or prodco will google search everything about them on the net. Check the dates of their last correspondence and current sked. As bad as one might need a manager/agent or producer. You don't need one that you may have to drag around by the hand.