Screenwriting : Songwriting inspires my screenwriting. How about you? by Phil Parker 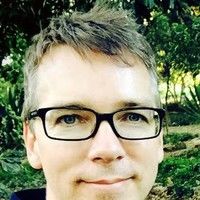 Songwriting inspires my screenwriting. How about you?

When I write, I cannot listen to music with lyrics, it's too distracting. However, when I'm looking for inspiration or motivation to write, bring it on!

What works for me sometimes are tunes from bands that are known for their storytelling (that I like, of course). It doesn't matter if I'm exercising, chilling or drinking, it puts me in a reflective state of mind that allows the juices to flow. Just like watching a movie written by a brilliant screenwriter.

Everyone has their lyrical favs, but I thought I'd share some random selections of mine and invite you to share yours so we can all discover just a little bit more. In no particular order, some of the brilliant storytellers I like are:

Please share yours, new or old. I'd love to know.

I like 50s and 60s country music better than today's, but there's a country song called Live Like You Were Dying by Tim McGraw that inspired the premise for a feature I may write one day. I listen to rock more than country, but so far, no script inspiration there.

I listened to a Richard Thompson song yesterday that sounded liked a min-movie. I could definitely write a screenplay based on that song. May have to contact RT for permission.

Effortless is all that matters for me. Someone trying too hard it grabs my attention. Not good.

When I'm writing, I put together a playlist and listen to it over and over. It gets the creative juices flowing for what I'm trying to write.

Music is distracting when I'm in the story—silence allows my mind to imagine smells, sounds, mood, etc. This helps me achieve greater subtlety and emotional depth on an atmospheric level.

I'm with you, Phil, I love great song lyrics, and songwriters who write great stories in their songs. Maybe that's why I love great musicals so much, too, and the VH1 Storytellers show.. A lot of those songs help me along with my creative efforts. Music and film/visual arts, and music and the process of writing are all intrinsically related, at least to me. (Long-time musician, film and music lover here.)

Think of all the great songs that have actually inspired films, and all the musicals that have inspired films. There are many of them. My faves are probably Hair, Alice's Restaurant, Big Bad John, Rent, Cats, Joseph, Phantom, Yellow Submarine, and White Christmas. And I think Roy Orbison holds the unofficial record for having the most films inspired by his songs.

Did you happen to read great songwriter Nick Cave's Gladiator 2 script? Even though it wasn't used for the film, that is one great script.

Best fortunes to you in your creative endeavors, Phil!

Cream: Sunshine of Your Love

Redbone: Come and Get Your Love

Not for lyrics. For mood.

There are others, too but, off the top of my head...