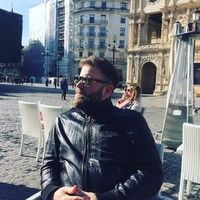 This is a complete stab in the dark... if this angers anyone I do apologise but I'm new and not surety best places to post stuff so if irrelevant then just scroll by and ignore.

So, I write children's stories but fancied trying my hand at writing a screenplay or TV script. I have pulled together a synopsis but have no idea how to begin starting to put together a screen play. Would be over the moon to received advice, tips to how to begin to bring this to life. If anyone really like the idea then happy to collaborate on it??

It's based in the UK mind, so some of the places and figures may not fit into a US way of thinking, anyway here it is!!

Male suicides have consistently accounted for approximately three-quarters of all suicides in the UK since the mid-1990s. 5,821 people aged 10 and over committed suicide in 2017 the main group at risk being between 30-40.

Coupled with the taboo that it’s considered a weakness to discuss or talk about their issues, men struggle with their lives on a daily basis, rarely speaking out about their problems only to mask their hurt through so called “banter”

Many need to talk but don’t have the tools to even know where to begin. Many do manage to vent their frustrations and loneliness through Football. The beautiful game manages to unite strangers, some through armchair supporting, some through organised thuggery on the terraces but most play Sunday League Football.

In the UK there are more than 480 divisions of organised Sunday League Football, an average of 15 teams competing per division, More than 7,000 teams of about 5,300 clubs are the members of the English football league system.

Black Dog F.C is a mockumentary based around an unsuccessful and dysfunctional pub team from Hampshire. The Black Dog F.C is one of the longest running teams in the league but has struggled in recent years to find its former glory and find themselves sat at the bottom of division six of the Aldershot Sunday Football League and in danger of relegation from the league itself.

You could first read award winning scripts to have an idea of the format, pace... Then you could check on the 3 arc structure approach (so many infos online about it). You could as well read "Save the Cat" by Blake Snyder (you can find a free pdf online), that will help you articulate your ideas in beat sheet. You already have a synopsis which is great as you already know where you're going. Then, well, just write.

what you posted is not a synopsis. It's an idea.

Liam, a synopsis should be an outline of the actual story, beginning, middle and end, no cliffhangers and no examples of dialogue etc. There's no need to mention why you're writing it or what your inspiration is. It sounds like a good idea and my advice would be to have a look at some screenplays to see how they are formatted and laid out, after that, just write it and see where it goes. You'll go through lots of drafts and rewrites and all sorts and that is the great thing about writing in any genre. Good luck and if you need more advice, this is definitely the place to find it :)

I agree with Louis about looking at screenplays but ones that fit into what you want to convey (Christopher Guest screenplays might be worth looking into). I usually write outlines along with a Character List (how many, gender, ages, description). Just my two cents. I also agree with Dan regarding a synopsis. Great idea, but needs to be more focused.

Cheers all! Great advice here. I

script writing is different than writing a book, a lot of show, no tell.

take a look at any book that was either a play or script, then look at what a pitch sheet. You'll notice a big difference. Took me six months to adapt.

I would start with "The Scriptwriters Bible" and the site "writerduet.com".

You have come to the right place at Stage 32. Sign up for the webinars by Robert McKee as he can layout the do's to save you time than writing and realizing later all the mistakes you could have avoided in writing a screen play. Also, this may sound counter-intuitive, but take some of the webinars on how to pitch your script, as being able to write a pitch that will sell is summarizing all the elements a good script needs to have, and will save you time by doing the end step first. Just a suggestion! By the way, your story as described needs to be told not only in UK but all over the world!