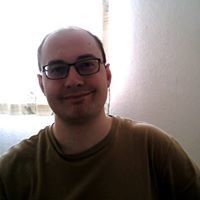 I don't normally do this, but in this case, I'll make an exception, since I feel this is the main obstacle holding me back. I have to ask: how do you title your stories? I titled my novel "Icon of the Defender" after a decade plus of writing, rewriting and adding new plot points and all that other happy HS (and I have adapted it into 3 screenplays since the novel is split into 3 parts). However, I have received mixed feelings about said title - some like it, others feel it sounds too pretentious and abstract, almost ambiguous. I'm trying to rack my brains to think of a better title but I can't use a title I've already utilised for a previous work and I can't have it start with the word "The" due to its alphabetical ambiguity, nor can I use something too common (even if it fits the plot), nor can I use a title that's too similar to something preexisting (strict, I know, but I can't afford to take the easy way out). Here's the synopsis taken straight from the novel.

"The Rhodium Golems – a group of dogs of war consisting of pilot-cum-computer hacker Vincenzo Corbucci, pragmatic rifleman and ex-Spetsnaz officer Nikolai Rostavili, and Machiavellian medic and former Gendarme Jacques Dubois – uncover a dark secret when they awaken ex-assassin Hiroka Noguchi from cryogenic stasis during a routine scavenging mission. Thanks to the former hitwoman, they learn about a controversial experiment to create the ultimate warrior called Project Athena, in which she and her friend Elsa Lindblom were used as lab rats. Aided by their newfound ally and motivated by honour, the mercenaries travel the globe to find out more about the 5 Elements, a powerful organisation with ties to Project Athena, and to rescue Elsa from whatever fate lies in store for her…"

If anyone has any advice on how I can retitle this thing (even though the current title is kind of stuck and locked in) or has other titles available (providing they abide by my rules), then I'd be most grateful.

I start with a 'working title' but they 'most often morph into something else; Aces and Eights became Deadman's Hand. Purgatory Desert Resort became Stix Riverside Resort... It's all an evolutionary process.

I had a perfect title for one of my thrillers. It worked on so many levels. When it was optioned - they changed the title to something incredibly lame. I suggested twelve alternate titles I could live with - they rejected them all. The option eventually expired and I still shop it under my original title.

I like ambiguous titles, because it creates mystery to me. I usually always want to watch something more if I don't know exactly what it's about, because I'm curious and want to know more. But that's just me. I think the industry does call for titles that explain a little bit what the story is about. My screenplay is called The Postcard and though a postcard does feature in the story, it's not actually about the postcard itself. Perhaps think about something like... Athena - Icon Of The Defender, so you still have the title you want, but you're adding a little bit to show who or what the icon actually is, I may have got that a bit wrong, but just as an example.

I usually starts with a "working title" as well and once i have the first draft i usually come up with a title. Though closer i am to my final draft, i usually don't change it much. The themes i explored in the material help to come up with one.

The best titles give you a sense of the story - genre, setting and protagonist. For example, Gladiator: you know exactly when it's going to be set, that it's action based and it's centered on someone who has to fight their way through a whole host of problems.

I think the biggest issue with your title is it's too vague. It doesn't establish the genre and doesn't give a sense of story.

Having a clear logline is a good place to use as a spring board for your title.

I like to look at Christopher Nolan as the master of simplistic yet meaninful titles. All of his titles are very insightful into what the story is about, and are often the device of the film. The Prestige, Inception, Interstellar, Memento, the upcoming Tenet. So just ask yourself what is your story about, what's the main subject, what's the main theme, and try to find something that says both. Or, you can just name it after your protagonist, their title, or their actual name.

I agree with Louis Tété on letting themes be your guide. Also, titles that have multi-level meanings are awesome. One example: "The Walking Dead". It obviously means "zombies". But, once you watch the show, you realize it's not a show about zombies. It's a show about a group of doomed people hopelessly walking from place to place. Hence... The Walking Dead.

Well, I've tried for over a week... and I can't come up with a single alternative title (except for maybe "Silicon Revolution", but I'm so damn burned out from writing this story over the past decade-plus, I'm just going to leave the title alone and let the readers work out its meaning based on the clues given in the script and novel).

Let it go. It's the least of your creative concerns if you're still revising your script. Use what you have as a placeholder, and if you want to change it, change it, make a new document with new title and draft# to keep you up to date on versions.

Good point. I need to try to learn to let go of such trivialities (having Asperger Syndrome means I can get TOO fixated on certain aspects, and I don't always succeed).

you may not see the title but I see it if you haven't:

if that's too close or taken.

Well, I had a gander, and it looks like IMDBPro already has that title listed (as well as several variants in development). I'm going to go to sleep for now and see if it hits me tomorrow. Thanks. :)