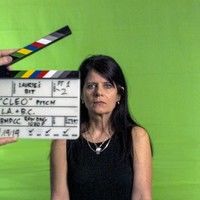 In tune with tone A big note for a lot of scripts is either, the tone isn’t consistent or it’s unclear. I know I give that note a lot and a current project I have in development has been written with about six times, each with a focus on a different tone and now that I’ve got the entire range of whole [musical] notes covered, it is the first one that we are going with. That doesn’t mean the other versions were useless, great scenes and character work from the others are incorporated into the latest version. Think back to your childhood when someone of authority no doubt said, ‘don’t you use that tone of voice with me.’ Tone defines perception – the stories we tell are intended to leave the audience with a certain perception. Last week, some deleted scenes of MRS. DOUBTFIRE surfaced and in watching them it’s clear that even though they were very well-acted and could be argued as important moments in the characters’ storylines, that the right choice was made in cutting them, given the genre and tone of the film as whole. (Clearly not having them didn’t hurt the film). The decision to cut them was right, tonally, they sucked the marrow out of the tone and genre. When dealing with the emotionally gut wrenching event of divorce in a family film, the smartest way to do so is with comedy. And these two scenes effectively mop up all of the comedy the film so adeptly provided – and though universally empathetic, they are probably a little too close to reality for the audience. Genre and tone first and foremost are there for the audience. One look at DEADPOOL and there is no doubt about this. Had the filmmakers gone with the PG-13 tone, superhero genre, the audience would have revolted. Would it have made money? Of course. But the fallout from the audience would have destroyed all chances of franchise success. Let’s consider another family film, THE GOOD DINOSAUR. Pixar’s worst. Why? Because they kept those moments of intensity that MRS. DOUBTFIRE did not. Now one could argue, there are plenty of family films that have intense, sad, dramatic moments. Today's tip is to keep those moments BRIEF so they don’t have time to suck out the marrow of fun. First and foremost, the ‘family fun’ needs to be consistently --- fun. Likewise, with suspense, horror, drama etc. the pacing and consistency of tone, defines your genre and satisfies the audience. And if you are pitching be sure to use ‘tone’ when using comps, that’s what execs want. https://youtu.be/-8Y-uV2wJyM May your day and tone, be in tune with your audience This is a really important tip. I struggle with consistency of tone and I am only just beginning to get a deep understanding of it. Thanks for posting.

Tone is certainly a tricky balance for a writer like me who basically creates in a bubble. Sometimes I look at my comedic scenes in my current drama and say "I don't quite think so." It's a tricky balance for me. I wanted to lighten the drama with some comic relief in a sub-story at times, and that is a part of the unified action, but the comedic scenes that I was formulationg weren't quite meshing with the rest of my story. I do have a humorous C-story now - only six scenes that are six minutes or so - that I think fits in well with the A-story and B-story. It's not just "filler." Like the A and B stories, it actually is a necessity to the resolutions and is an integral part of the story's unity. It was like literally my 24th attempt at it. Literally. I have a notebook full of 200 scenes that I can now feed to Sumo, the Script-Eating Dog. I guess the outside world that will be reading this story will be the judge of whether it works or not, but I think it does. I always go back to As Good As It Gets when it comes to that type of balance. What an amazing mix of tragedy, developing love, and humor that story gives us. Rosemary's Baby is another great blend of tones. I love great stories that can mix tones like that.

Hey Bill - Great examples, I think the more mature the audience expectations are, the longer you can go with before adding a some levity to the drama. The Doubtfire scenes were just too long (and heavy) for the audience and studio distributor, it really is one of the biggest notes and it is a tricky balancing act. Overall a good rule of thumb is that your break from the genre (ie: drama being broken up with levity) should be just enough for the audience to catch its breath and should certainly come from a point where that break is much needed. Not to pick on Sally Field, but a great example is in STEEL MAGNOLIAS (which is a tearjerker even for the most stone-hearted) but every time there is a tearful moment it is immediately followed by a wise-ass joke. AS GOOD AS IT GETS is a fantastic balance in a similar way (and thankfully the actors got that and I'm sure played those moments to the utmost effect). Peter - certainly the director will enhance the tone with his choices, as does every department, but the intent of the scenes starts with the script and it really is a big note and question from execs at the script stage. Most often a writer's struggle with tone comes from forgetting who the audience is, (meaning demographics of those in the theater that you are writing for). Along those lines, (depending on what genre you write in) it is a good idea to take a look at how the ratings system breaks down. A certain number of certain words garner an immediate R, where a bit of blood garners PG 13 etc. For marketability, PG 13 is the sweet spot unless you have a built-in audience like DEADPOOL.

Hey Peter - I don't know that Stephen King does fit into this, adaptations, it's a different discussion really. The screenwriter who adapts one of his books (aside from being very lucky) has big shoes to fill for the fanbase (and the creator of the source material) but the oneous is still on them to convey and pace the tone of the story for screen. An extreme example of an adaptation of his work that applies is STAND BY ME. He gave us the premise in a novella called THE BODY. But the screenwriter set the tone with the stories of the boys (and did a great job at making each one different) and did a great job at breaking up the intensity of the plot with some levity. If you compare that writing of the short story to the script -- which is also relatively short -- you can see what I mean. The director (Rob Reiner) furthered this effort by getting terrific performance out of the boys.

I'm a huge fan of S. King., I realise it's not fashionable but personally, I love a slow build-up. (And in movies too.)

I hear you, I'm a fan of most of the books (his Bachman books are actually better in many ways when it comes to scene setting and moving things forward). But the adaptations rarely satisfy, but when they do the tone and pacing is immediately on mark (think CARRIE, the 1st, and MISERY).