Screenwriting : Where Do You Get Your Ideas? (The Good Ones, That Is) by Andrew Bryan Smith 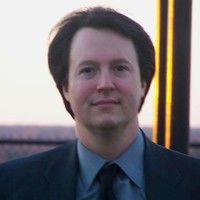 Where Do You Get Your Ideas? (The Good Ones, That Is)

Write. Write the ideas you have. The Idea Fairies are jealous and they do not take kindly to those who ignore their gifts. GOOD IDEAS If you have a really good idea, you won't be able to stop thinking about it. You'll come up with angles on its theme, characters, scenes. You say lines of dialogue to yourself. You'll look forward to its amazing ending. Which is why you have to write it. Because your idea may not be that good. BAD IDEAS When you write a bad idea, you learn to realize why it's a bad idea, or at least a weak idea. You don't know where to go for the drama or the humor. You don't know what kinds of characters you should have. Or you quit about midway through because you don't feel "passionate" anymore. Your idea doesn't present enough conflict to engage you. LOOK FOR CONFLICT Once you learn to look for conflict, you'll see it everywhere -- or, rather, the lack of it. Watching bad movies and TV, reading bad books, and thumbing through bad comics become a chore. (When your DVR or Netflix queue feels like homework… you've fallen out of love with a show. Best to break it off clean. I've been there, man.) They're bad because they're boring. They're boring because they don't have enough conflict. The characters don't want anything very much or they don't have daunting obstacles stopping them. They're general where they should be specific. Ho hum, another criminal, another patient, another supervillain, another quirky heroine unlucky in love. BETTER VIEWING, BETTER WRITING As you become a more discerning viewer and reader, you become a more discerning writer. You may dislike something that an audience likes. You may like something that didn't find an audience its first time around. You are developing your taste. Some subjects and genres appeal to you more than others. It doesn't mean that what you don't like is bad, or that those audiences are bad for liking them. When you prefer the chicken, it doesn't mean the fish is lousy. GOOD TO BETTER The more ideas you write, the more ideas you get. And the better those ideas get, too. Feed your creativity. Watch good movies and TV. Re-watch good movies and TV. Read good books, comics, plays, articles, blogs. Research subjects that interest you. Live a life with interesting people. Form strong, original opinions that compel you to write them down. Only the last part matters, but you won't get there without the rest.

@Chad. I agree watching the box can be a chore, and at times, just a downright irritant. My remote is more off, than on.

Love this. Truths I know, but often forget to remember.

I second the suggestion to look for conflict. For a feature script, you need the kind of conflict which will sustain 100 minutes to two hours of story telling. If idea does not have that, I'd let it go.

Where do I get ideas? As a writer that should be turned around – where don’t I get ideas? They pop up all the time – watching TV, the news, music, and people watching… The trick is to ferret out the good ones. I start by just jotting down notes, trying to figure out the strengths and weakness of each. Often I combine several ideas into a single story line with sub plots. By the time I get a couple of pages, I generally write an opening scene or two. Then I set it aside because some new idea captures my attention and the whole process starts again. Most never see the light of day again but there are always a few that I can’t put down and sometimes one of those older half baked projects come back to life. As a result, some of my awards winning scripts have taken years to finish.