Anything Goes : Why so serious? by Steven Morris 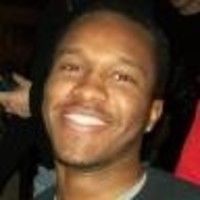 Stage 32 is family. We're family. As writers we're consumed with being writers. Let's lighten the mood. Greatest era of movies?!!! I, personally like the old westerns. Wyatt Earp wasn't filmed with an HD camera and he was still a badass. Doc too. I vote 90s. BAD BOYS, Fight Club, Pulp Fiction, Home Alone, Jurassic Park, Forest Gump, Titanic, and Friday. I could add Toy Story, The Lion King, and The Matrix. Scream, Dumb and Dumber. Okay I'm done. I could go all day. What are your thoughts?

I'm an 80's, early 90's girl. Love Breakfast Club, Sixteen Candles, Adventures in Babysitting, Aliens, Back to the Future, Ferris Bueller, Ghost, Point Break, Footloose...and the list could go on and on

I would have to say 60s/70s westerns, Shaft and the 90s Matrix along with 2000s Bourne trilogy, Secretariat, Passion of the Christ and War Room.

I'm gonna be difficult and say the late 70's through the 80's. It was the cinema I grew up watching, inspires me today and generated my love for the movies.

Ah the 80s. Die Hard. I like new movies with that authentic old feel like Dazed and Confused.

UGH I HATE westerns. Mostly because they're sexist, racist garbage. Plus the disgraceful treatment of horses. NOPE. I can't watch it. I don't think there is a greatest era of movies. I mean i suppose you could say now because we can do so much more than in the past and the boundaries are more easily pushed, there's less censorship to go places you couldn't in the past, the special FX is out of this world and we can tell stories that we never had the technology to do in the past and morals are improving. What movies got away with in the past they wouldn't now unless being a true to the period drama. So I will go with now.

Fx is always out of the world. Did you think that Alien, Jurassic Park or Starwars had cheesy effects? No. Because they were great for that time. Just like it is now. 10 years from now, what you think out of this world will look cheesy and cheap. On the other hand, effects hardly have anything to do with making a good movie unless the genres like sci-fi, fantasy etc. The Godfather didn't depend on effects, nor did Once upon a time in America, The Notebook, Scream, The Good The Bad and The Ugly, Sleepless In Seattle, Psycho etc. I find it really odd that you think the best era is now because we have a better technology in special effects. On the contrary, 80 percent of all the classics in the movie industry come from the era of 90's and before.

Cherie. Wow! Whatever you are on I would reduce the dosage.

Why should I? I'm not the one that's out of place. This guy is berating me for what I think. You should be telling him to reduce the dose. I talk the way I talk. I hardly think dropping the f bomb is a big deal. And I must say your post is really offensive. How dare you accuse me of being on or needing meds just for saying the f word.

Time out people! Pretty sure this thread started out asking the question, Why so serious? I don't pretend to speak for Joe, but maybe he could have worded his reply a little differently, however I didn't see anything THAT offensive in it, Cherie. He does have a point thought, you do appear to appreciate the technology available today, which is exactly what they used 40-50-60 years ago. Suspension of disbelief is required to enjoy any movie. I don't see how you can if your level of acceptance is so low, and observation are so high.

Hey you guys! So many of my faves mentioned here: Jurassic Park (love Spielberg), Sleepless in Seattle (great fan of Tom Hanks, Meg Ryan and the great writing of Norah Ephron). 1980s comedies, Beetlejuice? Sublime! Talking of Westerns, Clint Eastwood's Spaghetti Westerns really make my day...I LOVED John Carter - saw it on impulse and have watched it again on Netflix. I adore anything John Lasseter is connected with, starting with A Bug's Life. I love the Shrek franchise (brilliant script by the two Terrys) and Zootopia ticks all the boxes. Love the 90s rom coms - 10 Things I Hate About You - and in the noughties Sex in The City, A Cinderella Story (Stepmother Fiona - ha - is just priceless). More recently, Chef (John Favreau). I like supernatural thrillers too. I also still love the old Ealing comedies and the banter and rapid fire dialog in the Carry On franchise. So many of those great comedians are no longer with us. Enough. I'll end by seconding @JimJackson "I like everything".

Cherie this is a people business and it sounded like you are having some issues dealing with people who disagree with you. You can say and do whatever you want but don't be surprised if nobody will want to work with you. Actually I thought that we were supposed to watch our language here but maybe I am wrong.

Yes, we do have a community code of conduct. Healthy debate is always welcome, but personal attacks or abusive and offensive behavior is not. Those behaviors can lead to comments/posts being deleted or suspension from the site.

First, thanks everyone for your insight and responses. Yes the question is a matter of opinion and I believe we can have a constructive friendly debate. A lot of great movies were mentioned. Personally, while the special effects look good, I've seen really good movies without them i.e. all of Denzel's. I do enjoy the movies of today but I feel like they're obnoxiously repetitive. All the remakes and what not. It's possible my greatest era is related to my life. But I like the 90s because I feel it was original, in most aspects. The film industry began to step of it's comfort zone, paving the way for today. Michael Myers and Chucky use to scare the crap out of me. Now, not so much. Slightly humorous looking back on it. But during that time, they were incredible movies.

Thank you Beth for mentioning code of conduct. Can you explain more on what healthy debate looks like? I'm seeing a lot of issues with this throughout the lounge. Thanks!

Hi Anne. :) Yes, there is a community code of conduct which can be found within the site's "Terms of Use" located at the bottom of the web page. Healthy debate is respectful even when heated. Rather than give examples here's one section (out of many) of the Stage 32 Community Code Of Conduct: (I) You shall at all times act professionally and be courteous to Members and other Users of the Website and shall not use Stage 32®, the Website or any Service provided by the Company to engage in any harassing, abusive, disruptive or offensive behavior, or to post or upload any communication or other Content that contains libelous, slanderous, abusive, defamatory, racist, obscene or offensive language or other material.

My apologies, Steven, I certainly do not wish to disrupt this discussion any further. So, please let's return to the thread topic. Thanks!

No worries. Sometimes we must be reminded before it gets out of hands. Thanks for keeping the peace.