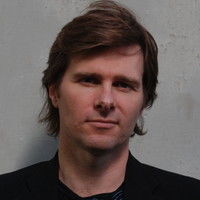 Hi all. I have been a bit quiet of late but wanted to share my many great pitching successes through Stage 32. I have had two requests by CAA, now two from Gersh, one from Paradigm and one from Cousin Pete - all in the last 3 weeks! I can't wait to hear back to see if any of these great companies are interested in signing me. I can't thank Joey and Stage 32 for their help and tireless efforts in bringing us these incredible companies to pitch. I also wanted to add for any people who haven't had success yet that it has not been all roses. I pitch constantly on Stage 32 and my success rate is about one in four so you got to keep at it and not get discouraged.

I am always happy to hear success stories. Big congrats and best of luck getting your work out there.

Can you give some details as to how you pitch on this site? I've been a member for a while but only recently started really looking around and I am not sure how to do that. Thanks!

Hi Joanne. Happy to give you some pitching tips... Due to family commitments, work and time zone issues I always pitch written pitches. My pitching template… First I introduce myself and state the title and genre of my script. Next I say what the script is similar to (i.e. a cross between film X and film Y). Usually as one of my X or Y films I try to pick a film that the company I am pitching has produced so they know it is a good fit for them. I follow up with a sentence as to why I am specifically pitching them, i.e. because they made film X or Y, or if they have made a specific request for a certain type of script like ‘coming of age’, ‘period drama’, etc. I think it is really important to personalize a pitch like this so they know you have done your research. Paragraph two. I tell them a little about my success as a writer with specific reference to the material I am pitching if possible, ie, competitions it has placed in, or if it has scored well on any specific reviews. Or, if you are writing about something you have personally experienced, like your career I would put this here. Now the pitch… At Stage 32 they like to hear the entire story in the pitch. I start with the character and the inciting incident, then concentrate on the major beats/turning points in Act one and two and finally I allude to the final confrontation but I never say how it ends. If they want that they have to ask for the script. In the final paragraph I come back to similar films like the one I am pitching (always very successful ones) to hint that my script has as much potential to make money as these films have. And I state the type of audience it might be relevant for. In this paragraph I also try to diffuse anything they might see as a stumbling block – like if your film sounds very similar to another film I would state this and highlight particularly how it is different and unique. (I have pitched several companies that say one of my scripts sounds too similar to a currently successful film and by stating how my film is unique I have diffused this fear and have since had that script requested.) Finally I thank them for their time in reading the pitch. I hope this helps.

Hello, can you show us an example of one of your pitches ? Thank you.

One in four is still pretty amazing. Good job.

I am impressed and encouraged by your stamina - well done and keep at it!

Hello fellow actors.I would to congradulate you on your call backs for CAA.I have been in the world of acting for quit sometime.I know how it feels to receive a principal role;after trying numerous times.I went to a audition for a movie called Joe.I auditioned for one role,but was offered another.The director David Gordon Green wanted me to play the character role of the wino.I adjusted myself to the role of the wino and ended up in a main scene with the co-star of the movie Gary Poulter.It simply goes to show you;as a actor one must be ready to adjust themselves to the opportunity at hand.I didn't think that the scene of the wino; would be so dramatic in the movie Joe.[Joe]starring Nickolas Cage-director-David Gordon Green

Great news! Thanks for including the bit about the less-rosy parts of your effort. Good luck with all your work.

Congrats to you Kieron., That's great!

Could you post your pitch here for us to see.

Hi Kieron, thanks for sharing your pitch! I also try to pitch constantly and have been requested about one in four too. I see you start talking about yourself and I'm keeping this as a precious suggestion: the last time my pitch was passed I was told my project seems very scientific so it should help if I have some credit in this field... I actually AM a scientist but I did not write it in the pitch... my fault! So I think those 3 out of 4 reports are soooo useful!!

"Mr Kieron Holland, maybe you'll be willing to help us with our pitching process. We just have one question? Can you just submit, a pitch without the screenplay to the pitch. Cause our Synopsis project are all very elaborate"