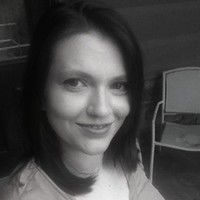 Hi Everyone, Sorry, I've been MIA, it's been a busy summer! I've posted in the past about the pitches I have done through Stage 32 and how much I've learned from them. Inevitably I get PM's asking if anything has happened. It has been hugely disappointing to have to say no....until now! My problem is that I am part of an instant gratification generation, so if something doesn't happen quickly, I brush it off an move forward (yes, I am working on developing patience). About 3-4 months ago (maybe more) I did a pitch with a manager at Zero Gravity. I felt like we really hit it off, we have similar visions and interests- I just knew this was the guy. Imagine my dismay when after a few weeks there was nothing – no phone calls, no contracts, nothing in the most literal sense of the word. Then, months later, out of the blue, Joey called and said the manager liked my writing and would like to read more. I'm fairly certain I sent the follow-up script in under 10 seconds, I was that excited. Then, again, weeks go by and nada! The script I sent as a follow-up was totally different from the original script so I figured I blew it. Well, just a few days ago, Joey calls again! He and the manager talked, as it turns out the manager really did like my work! Joey put the manager and I in contact so that we could really talk about the projects I have lined up. One of the projects that I have in the pipe really intrigued the manager; so much so that he's already talking to a producer. They even discussed possible directors and they both love the actress I envision in the lead. I hate to get excited to soon, or count chickens before they hatch, but it really looks like this project might move forward! I may end up with an awesome manager, at a great company, (with a project in development!!!), all because of Joey and the manager pitchfest he arranged months ago. (Even if the project doesn't move beyond what has been talked about, just that fact that it was talked about is amazing!) Lesson learned – be patient! Nothing in Hollywood happens overnight. Again - a massive HUGE thanks to Joey!!! He really went above and beyond what he needed to do. The pitch fee is sooooo worth it! The pitch alone is worth the price of admission, but when you have someone like Joey in your corner - it's worth it's weight in gold.

It takes time for a seed to grow. Some don't germinate. Some do. Hope you have a better experience.

this sounds awesome! hope they take this project up!

What a great thing to read tonight! I'm so happy for you! This sounds very promising, and I wish you all good things. Just knowing somebody read your material has got to be so heartening, and then add in all the subsequent events must put you over the moon. Good on ya!

Thank you so much, PJ, Robert, Jan and (per usual) JOEY!!!! Ya'll are all so great and supportive, that's what I love about Stage 32!!

Very exciting news! Frustrating I'm sure to think nothing is happening, but even better to find out you were wrong ;) Best of luck with these projects!

I'd say the timeline you just described IS overnight. Congrats and best of luck!

Wonderful news, Leah! Good luck with all your projects!

I've seen this happen so many times! I'd have an audition and felt iit went great only to hear nothing and then months down the road be contacted with a follow up or different role. It's all about planting seeds. Congratulations on your connection!

Yay Leah. Keep at it girl!

That's FANTASIC Leah!!! Congratulations and please keep us posted on how things go with this. I am very intrigued haha :) Good luck and again, CONGRATULATIONS.

This is a wonderful story. Thanks for sharing. You rock!!

Congratulations Leah! Fingers crossed for you!