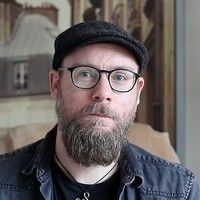 The Dream Is Real: My First Green Light

Seven years I’ve been at this screenwriting game full time, pushing myself the hardest I’ve ever pushed to try and break in, and it’s been tough at times, real tough, and real dark too at some points. The climb up the mountain is often steep, rocky, and treacherous but those views, man, those views.

As some of you may know, 2018 has been a real turnaround year for me with my first feature option at the start of the year, my first writing assignment mid way through, and I’m proud to say it’s been book-ended with the fantastic news today that a project I’ve been involved with has gotten the green light. I’m going to help make a freaking movie.

Last year I drove a road-trip from The Grand Canyon to Vegas in a grabber blue Mustang convertible and that drive was as painful as it was beautiful. As I kept the nose pointed west with the horizon ahead, signposts to Los Angeles would swoop by in the light of a technicolor sunset pulling me to hit the gas, spool up the turbo, and outrun all the way to the coast through the dead of the night. I wanted to bypass Sin City and hit Tinsel Town so badly. It felt two parts fantasy and one part destiny. I had to tell myself those guiding words “Not yet, but soon.”.

Now here I am, still living in a rundown old mining town in the middle of England but with a trip now added to my calendar. LA next spring to be on set for this production. How does it feel? Well, when I got the phone call this morning and the producer, who’s fast becoming a dear friend, asked me which airline I’d like to fly out with, there was a mixture of feelings, some which brought tears to my eyes and a cheer to my voice. It’s been a long ride and there’s a lot of history to process.

Ultimately though, I’ve re-found belief in the dream. It’s so easy to become jaded and it’s taken most of this year to get this project off the ground. I’ve felt like life has been teasing me. But what a year it’s been. The best in my screenwriting life. I’ve loved writing this movie and learning about the process and there’s been some wonderful moments in there too, like racing down to London to hang out with RB and Amanda in Soho - one of the best nights I've had in the past decade.

Look, I know it’s so freaking hard to keep your chin up and stay motivated sometimes and, if you read up on my other posts, I’ve had my fair share of knock-backs and detractors. I’ve contemplated giving up plenty of times. Completely giving up.

Take heed of those words “Not yet, but soon” and burn them into your neural network. Stay positive. Dream big. Know you’re going to make it and let the Law of Attraction do its magic. Find patience and perseverance. Write for yourself first so the right people enter your orbit in time. Don’t just hone your craft, love your craft, unconditionally and with pride in your voice.

This is a tiny first step for me that will hopefully turn into confident strides as I build my career and have fun doing so. Hell, there’s still the possibility it can all fall apart at this stage but I don’t care. I know I can do it now and I know you can do it too - maybe not yet, but soon.

Thanks for sharing. It's easy to take every rejection letter and "not selected" status update as some sort of verification of one's inadequacy and incompetence. It's good to know that one must keep pushing through, allowing the criticism to hone the work and not dampen the creative spirit that made one want to do it in the first place.

CJ, you made me smile. "I’m going to help make a freaking movie." :D

I'm very excited for you and encouraged by your words. Maybe not yet for me, but soon.

Definitely loves your energy in words. Plus showing up positive vibes for the same creative heads on their long road. Very nice & congratulations for the next step.

Congrats on the news CJ! Have a good upcoming LA adventure!

Amazing job CJ, it’s a pleasure to see someone working so hard making it...remember us when you get rich and famous! :)

That's awesome for you, C.J. I know you are a really talented, dedicated and passionate guy, and I'm glad your hard work has paid off for you. Even though you and I have had a 2018 major head-butting filled-year on various beliefs, you know I always wish you much good fortune with your story and your other stories, and with your Script Revolution website!

Congratulations, CJ!!! Wow! So freakin' happy for you! Can't wait to hear more about this film. Details please... when you're able to share, of course. ;)))

Congratulations to you! Amazing!

Congratulations on grabbing the brass ring. The view from the tippy top of that mountain made of marbles makes the treacherous climb all worthwhile. All the best.

Congratulations! Hope everything stays on the up-and-up for you!

Congratulations CJ. It was always on the cards, I love your passion for your art and your bold openness in saying it like it is. So much in this industry is plastic and when waves of humanitarianism mix with talent, its a buzz. Script Revolution, where you bring screenwriting to everyones table, has brought a sea of change, many have already benefited from. Your cats must be PURRING!

So happy for you, you deserve it.

So needed this balm! Congrats to you! I got tingles reading your post. Be well.

CJ - Thanks for the inspiring story. I've just been offered my first option, so I'm hoping I can follow your lead.

So nice to hear perseverance pays off. Congrats and hope it makes it all the way to the screen.

Congratulations! Well done. Enjoy the hell out of it (: Also, thanks for sharing the inspiration. It's a generosity and a kindness and it means an awful lot.

Congratulations and thank you for sharing your updates. So inspiring!

Congrats CJ! So happy for you!

Well done CJ! I’m thrilled for you. Here’s to more success in this new year.