Find work or representation? Cast your film or project? Secure funding? Made a career altering connection? Maybe Stage 32 just kept you in the game?!

Help others in the community by sharing how you used Stage 32 to find success! 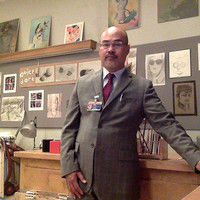 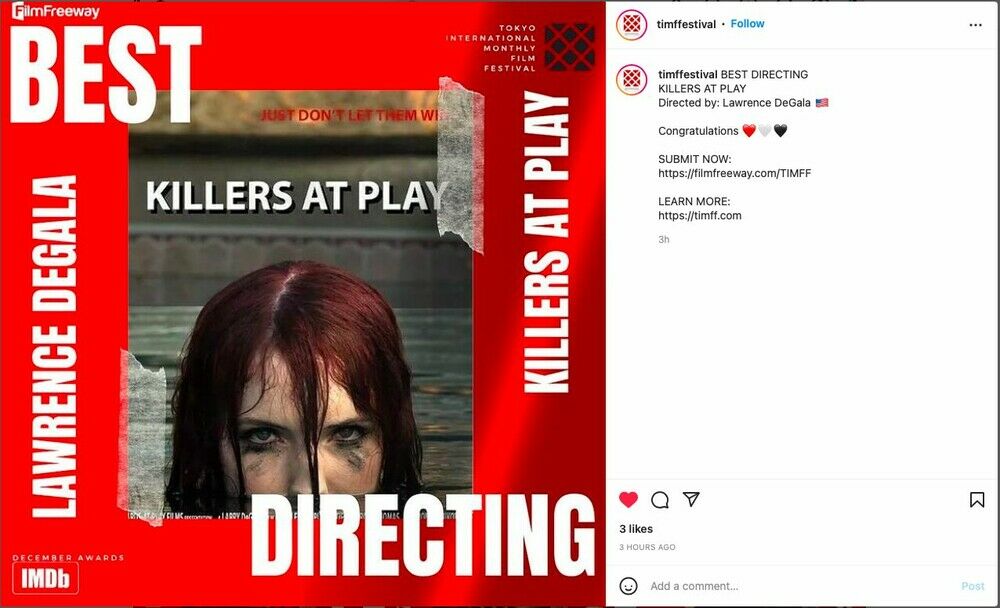 Hi Larry I too morphed from being in front of the camera to also being on camera, directing, editing, producing and writing, with a passion for particular projects I am good where ever the skills land me.

Janet Arneau that's great! One must rise up to the challenge in a very challenging career field. Wish you success in 2022. 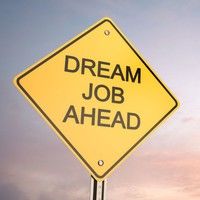 Congratulations! Keep us posted on your progress! 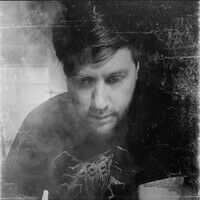 The documentary film I worked on "The Guest List" will be released on February 20th, the anniversary of the Station Nightclub fire. REELZ dropped the press release today, and will be sending to over 4300 media outlets. Whoever reads this, never stop at what you truly want in life!

The documentary film I worked on "The Guest List" will be released on February 20th, the anniversary of the Station Nightclub fire. REELZ dropped the press release today, and will be sending to over 4300 media outlets. Whoever reads this, never stop at what you truly want in life!

(Albuquerque, NM) Wednesday, January 12, 2022— REELZ today announced the network’s original documentary America’s Deadliest Rock Concert: The Guest List premieres Sunday, February 20 at 8pm ET/ 5pm PT presenting the deeply personal stories of lives forever altered by the tragic Station nightclub fire that left 100 people dead, more than 200 injured and devastated the tight-knit community of West Warwick, Rhode Island. It is also a story of the triumph of the human spirit, as seen in a community’s resilience and the recovery and rebirth of Joe Kinan, who was the last survivor pulled from the fire and the most severely burned.

On the night of February 20, 2003, more than 400 music fans packed into the small Station nightclub. Just seconds after 80s sensation Great White took the stage, pyrotechnics ignited a fire that raced up the walls and across the ceiling of the packed venue. In less than 90 seconds, most of those who hadn’t already made their escape would be trapped inside. They would be burned alive, identified days later only by dental records or tattoos. The Station fire was a perfect storm of human error that became one of the worst nightclub tragedies in U.S. history. It remains America’s deadliest rock concert.

“Seen through the human lens of victims, survivors and their families, the fire and milestones of healing physical and emotional scars all come into focus in this poignant television event,” said Steve Cheskin, SVP of Programming at REELZ. “With intimate insight from people who were impacted by the tragedy, this is a potent portrait of humanity, from deep resentment and brutal suffering to resilience and the power of community.”

“This documentary addresses timeless themes of personal responsibility, loss, courage and forgiveness. The people intertwined with this event struggle to cope in the aftermath of disaster - some gracefully, and some less so. It is an abject lesson in the tragic potential of poor decisions,” said David Bellino, director of America’s Deadliest Rock Concert: The Guest List. “The local pride and fortitude of the community shine through as interviewees recount the fire and reflect upon both their duty both to remember and to move forward toward healing. Survivor Joe Kinan’s courage, and even humor, in the face of the horrific challenges he faced recovering serve as powerful reminders of the endurance of the human spirit.”

Viewers will also see rare and jarring footage from the first news crews on the scene tasked with reporting the horrific event as victims’ families eagerly awaited news. First responders share their experiences of battling the blaze, treating victims and managing the chaos as it unfolded.

“They said that the building was 1,000 degrees inside. I could hear everything going on around me. The sounds of yelling were quite loud. Then, it grew quieter and quieter. Then, it was just me. I said to myself, ‘If I have a choice in this I’m not going out this way.’ I heard the voice of a firefighter yell, ‘We’ve got one over here.’ I was placed on a stretcher and rushed to the nearest hospital. Weeks later, when I awoke from my coma I immediately understood and accepted what was going on. I spent the next 50 weeks in the hospital. Even after I was released, at the end of each day I felt as if I needed to go “home” to the hospital. To this day, it is one of the most comfortable and relaxing places for me,” said Joe Kinan, who to date has undergone 136 surgeries, including a hand transplant. He will continue to require surgeries for the rest of his life. “This experience has taught me that I am a tenacious individual. I persevere each day.”

America’s Deadliest Rock Concert: The Guest List is partially based on the book, “Killer Show: The Station Nightclub Fire, America’s Deadliest Rock Concert,” written by John Barylick. who is a producing partner of the documentary and an attorney/law professor in Rhode Island. His book is regarded as the first and most comprehensive exploration of the chain of events leading up to the fire, as well as its legal and human aftermath.

“The crowd’s mood inside the Station went from celebration, to curiosity, to concern, to absolute terror within about a 20-second span. This was a tragedy of a magnitude not seen before in Rhode Island. The fire site looked like the scene of a battle, fought and lost,” said John Barylick. “My horror at the incident rose along with the body count. It was difficult to comprehend the whole scope of this and what missteps could give rise to such an extreme and deadly fire. Hopefully, this story will make us all change our lives just a little bit so we never have another Station nightclub disaster.”

Dee Snider, Twisted Sister frontman, once played the Station nightclub and many others just like it in cities and towns across the country, as was common for many rock and metal bands of the 80s era. Snider, who was instrumental in bringing together fellow recording artists for a fundraising concert for survivors and victims’ families, can be heard performing a new song, “Stand”.

“Nobody should have to die because they want to see a band and listen to the music they love. Nobody should be scarred for life, be crippled or have their children orphaned because of their love for rock n roll,” said Dee Snider. “This documentary not only serves as a reminder of this incredible tragedy, but it shines a light on an amazing group of people who overcame unfathomable loss, and survived, even thrived in the aftermath.”

America’s Deadliest Rock Concert: The Guest List explores the Station nightclub fire through gripping survivor accounts and family members and friends of victims who have memorialized their loss through pursuits ranging from an exhibit of commemorative body art to re-immersion in the rock culture that initially brought them and their loved ones to the Station nightclub. Their stories embody courage and deliver inspiration while others depict a much darker aftermath. Great White’s own Jack Russell emerged from the experience a changed man carrying with him the burden of accusation for what transpired that night and in a series of highly revealing interviews he shares his post-fire search for peace after a near two-decade journey of crippling heartbreak and depression as a result of surviving the tragedy. In the afternoon before the concert Russell met many Great White fans in the West Warwick area and graciously added their names to the guest list for the show that night. For many of those fans what appeared to be their lucky day turned out to be their last.

Weeks after the fire a charred handwritten notebook page was recovered from the Station nightclub ashes that contained rows of names and above them were the words ‘Guest List’.

That's fantastic news, congratulations! The first series I was ever on was distributed through Reelz - Copycat Killers.

Karen "Kay" Ross Awesome, I will have to track that down! 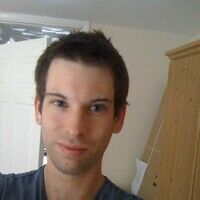 In the space of a fortnight I've had different projects requested by CBS, The Weinstein Company and Original Films, here's hoping something sticks! Thanks to Joey and team.

Congrats. Isn't it a great feeling to get one in the win column?

Any opening is positive especially within this complex industry

Andy Au, a Comedian from Los Angeles, California was just hired for the project titled "Crew For Reality Tv". Congratulations!

Mohammad Nafees, a Comedian from Lucknow, India was just hired for the project titled "Crew For Reality Tv". Congratulations! 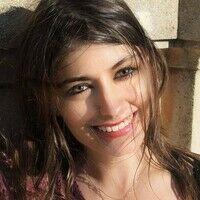 Locked in a production team - thanks Stage 32, and Happy New Year!

Thanks to Stage 32, I have locked in a production team in Brazil for short medical thriller RATIONALE. The story has been likened to Black Mirror and appeared in Thriller Magazine, and I am beyond honored for the opportunity to use fiction to explore challenges faced by folks of indigenous Brazilian...

Thanks to Stage 32, I have locked in a production team in Brazil for short medical thriller RATIONALE. The story has been likened to Black Mirror and appeared in Thriller Magazine, and I am beyond honored for the opportunity to use fiction to explore challenges faced by folks of indigenous Brazilian descent.

New Years Resolution: Secure funding for indie thriller feature INTO THE VALLEY (DEVS x GET OUT), showcasing the challenges of working in tech as a minority.

Brava, Sarah. Sounds like 2022 is going to be a good year for you. Here if I can be of any support.

That's so great, Sarah! Happy New Year to you!

Anastasia Drew, an Actor from London, England was just hired for the project titled "The Pierce Brothers Trilogy". Congratulations!

Congratulations, Anastasia, I wish you lots of luck! 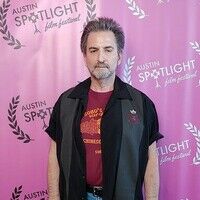 Nancy! Thanks and much success to you.

My name is Fujio Torikai

The film can be produced on an extremely low budget.

I am hoping for your kind consideration. 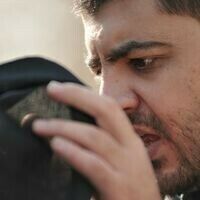 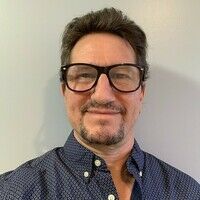