Acting : Am I full of it or do I have talent? by Thomas Ferranti 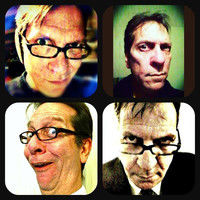 Am I full of it or do I have talent?

Just a quickly made short video at the request of an agent of sorts. http://youtu.be/uCCYMn9NXtc So happy to have Thomas Ferranti as a part of our family on ReadThrough.com! Great voice-acting talent, and the video is the BEST! Thank you Thomas!

You're very welcome and I am very happy to help, and wish you and ReadThrough all the best. I wanna see the site grow!

Thanks again Thomas! That means a lot. Your support and your video is greatly appreciated!!!!

Hello Thomas. Just wondered what kind of equipment did you use for you video: BTW I think you are talented, very talented. Enjyed every second of your reel.

I could not stop smiling! I subscribed too!! LOL..

You are FULL OF IT! (talent that is). That was really good.

I too have a similar talent and I can say you are wonderful! Karloff especially rocked. Here's a thought, though - if you have the opportunity to do another video like this, I think it would be even more entertaining to introduce yourself by having all of these folks talk about how they "met" you. It would be like a mini-documentary about you through your characters. Now maybe that comment will help you see why I turned to writing, though just watching you made me miss acting! Bravo, I wish you the best.

@ Cynthia: What kind of equipment did I use? I only ever use expensive HD cameras and mac programs - - - NOT !!! (I'll message you.) @ Christina: Thanx so much! I think of it as "buy what you sell". i.e. make yourself sincerely happy in your performance - it will show to the audience. @ Mike: Thanx a heap! :) Now - how many people will actually share the video and help get me some exposure? No one will know what I do unless they see it / hear it. :/ Break a leg, everyone!

Love the video; love www.ReadThrough.com, and I'm sharing it everywhere! :)

@ Andrew: thanx so much - yeah, I do need some objectivity - it is good to know that many folks see that I have something. I know that too. But talent does not equate with success. It's knowing how to get exposure to the right eyes and ears who recognize my value. @ Wendra: This was just the first voice video, far from the last. The reason it has some of the qualities it does (the script style, for instance) is that I was recently asked by a casting agent of sorts to quickly dash out a short video "telling a little about myself", so, I quickly made a succinct script to highlight my acting and voice-acting, and then just wrote down whatever voices came to my head (rather than consulting my list). I'm so glad you are on the same page as me, in that many folks seem to give me the Scooby-Doo look when I tell them that to really optimize the presentation of the voices, that I would like to really find the best things for each of the characters to say - each time a character opens their mouth, they have painted a blank canvas and can choose to express whatever they like - paint whatever picture I think can emotionally grab the audience (whether its a laugh or an unanswered question, or an uncomfortable short-circuit). I'll write to ya. Cheers, all! And remember - presently I am exchanging the use of my talents for exposure in your next project - or your friends' project. (Does anyone know any amateur animators who might like my voice, or any amateur cartoonists, whose work I can animate?)

@ Carla: did you hear of ReadThrough.com before you heard about it from me?

Truth be known... I am on ReadThrough.com, run the social media at ReadThrough.com, and know Guy Goldstein personally...so, I did not first hear about it from you. However, the video is classic, and I am posting it in EVERYTHING! :)

Thanx a heap! Now if only some enterprising and imaginative social media manager of some great up-and-coming site were to work with her supervisor regarding a bitchin' little ad for their site, utilizing the voice talents at their disposal... hmmm....

You bet! Hmm... wow, so you're saying, advertising could be a plus on the site? (wink) We're working on it... in the meantime, keep practicing those lines! Especially with all those voices. :)

:D I'm saying I'd love to see a 10-second video ad for RT, or a 30second one, etc. and maybe another one that explains the site, with voices, maybe???

I think that's a great idea. I fully agree. Have you ran this buy Mr. Goldstein? I'm going to suggest it.

Thomas, I think you did well. I will say that it matters only about maybe 20 percent of others opinion, just keep practicing and believing in your talent because that's what matters most. The more talent you see yourself as having, the more others will get caught up in the positive attitude that you put out. Keep your vision alive and bring it to full fruition. I also invite you to my site at www.thewritersclub.ning.com Share your talents there as well. You have nothing to lose.

Your voices are great! The acting? Hard to tell without me giving you my own instructions, as this can as well be the directors fault and the few scenes were not enough for me to make a judgment about that. But if I would have to guess, I'd say, you are probably good enough to land some proper roles, if the director knows what he does. You are certainly not a professional high grade actor yet, but my guess is, your are not claiming to be.

Thanx, Patrick - finally some meat n potatoes here to discuss!!! I have taken my many and varied creative projects for granted and am only recently re-assessing the voice and acting skill I have developed over the years, so your objectivity is valuable. When I performed the voices in the video, did you notice how the facial expressions and body-language also changed to match the voice? When I perform a voice, I automatically assume the whole character. Someday I will film these characters with a scene, and costume and setting to better showcase them. I was told by an actor friend that a very short, 20-second acting reel is the standard, though I didn't think it adequately shows what I can do, though, I AM only RECENTLY getting small roles, so don't have much that was filmed with a good camera. And directors? yeah - tell me about it! As well intended and earnest most of the good handful of directors that I have worked with have been, I think they seem to be stuck on the symbolism, rather than the depth of a character. (Abstract concept perhaps? For sure! But I think that being truly fascinated with that challenge is a key element as to what makes a good director- yes?)

I did notice the facial expressions, but for me they are unimportant in regards to the voices. May I give you an advice from a directors point of view: until you are character cast, do not make characters for the voices. To train and practice, yes, but don't get them into your system too much, or otherwise, you won't be able to act a voice to a whole different character, if that is needed, because in your mind that voice is attached to something too specific already. About the reel: i watch match many reels - naturally - and for me, they say not much. What I am looking for in a reel is a moment of reality, which most fail to deliver. They cut together 3-4 projects, some of them really terrible quality and hope to get somewhere. My tip: Make the voice acting and the acting reel two different and separate things (you can of course utilize your voice in the acting reel if appropriate). Make a decent reel - if its good, 3-8 minutes with a range is fine - even more if it is really good. Because if I like the actor, I want to see more range and if he sucks I can turn off any time anyway. But don't do clips, do scenes! I want to see you play, no just say a single sentence. I want to see emotions, not just a a cool short shot. Also make sure people can see you from all sides, in different cloth and styles. Standing, sitting moving etc. And if you don't have enough video material for that, get some friends to help, or hire someone to do a reel with you. Pick some great movie scenes and reenact them. Might cost from a few bucks for food and drinks, if its a film student (who might do it for free for his own purpose), to a couple of thousands if you have a real pro do it. Even editing can make a huge difference... To what makes a good director, it really depends, because directors are not directors. Some are storytellers, some are technicians, some are character-directors, others do scenes, action or mood well. And all this and much more part of a possible range that can make a good director. For me it is understanding thee story, the characters, the connections and meta-levels and the visual translation of what is in front into an experience that lets the audience forget that there is a screen. And from there, it goes to the technical, organizational, the communication and the way to translate and explain your vision to everybody involved. If I want an actor to feel something, it is me, who has to be able to invoke the reason for the actor to go there, and he has to be the one who to express said emotion. Too many think that being a director is easy. And today, where you have many specialists who can actually be substituted for a directors responsibility and creativity, you often have people in the directors chair that are not really suited for it, but the team around them might jut be good enough so that nobody notices. I think it is much more than most see and while a great team alleviates much of the pressure, I think it is still my vision that has to translate into moving images.

Oh there is some talent there for sure! ... There were some really great voices ... especially the old man! ... sorry the old Irish man! ... If I could critique one them, and only very gently :) , it would be the Aussie accent ... But I know it's a hard one in fairness!

You know I just have to add the wiser side of things,....You are full of it AND you're talented ;)

Two things stand out: Your amazing acting talent, and ReadThrough.com... :)

@ Joachim: Thanx! tho there was an old man voice in there followed by an irish old man. :) @ Stan: Thanx! It is hard to be objective, when everyone thinks they're good. @ James: hehe - thanx! ;) @ Guy: thanx! Am very much looking forward to future roles and would recommend all to check-out ReadThrough.com!

and PS to all re: my convo with Patrick. It will be a bit easier for me to carry our lengthy convo to private. Though feel free to comment re: any points made, above. Thanx! ;)

@Thomas! Thanks for your support Thomas!

@ Patrick, if you get a change, come check out www.readthrough.com, where actors and screenwriters collaborate online, bringing screenplays to life, while promoting talent.

@Guy Interesting site! And perfect for Thomas to show off his talent :)

I am very impressed you have a very wide performance pallet ..... I am interested in using your skill set on an animation project I am producing. You surely have talent!

Thanks Patrick. Hope to see you there too! :)