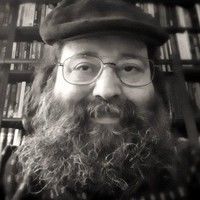 LOGLINE: After a million-dollar lottery ticket is drawn, the winner asks his best friend to secure it, never realizing the animosity it might bring out. The premise was simple enough. Editors Stefan R. Dziemianowicz and Robert Weinberg wanted to create an original volume akin to the ever-popular of books providing a daily dose of inspiration -- only slightly different. Short stories also differ from inspirations in that they require character and plot. In Horrors! 365 Scary Stories, they were also limited to just 750 words each. Many writers would just assume pen a novel before writing in the short form; it's a significantly different beast, so to speak (and one not paying near as much). Then, there's the actual task of the editors, having to coordinate the literary efforts of several hundred writers for a single work; herding cats being a breeze in comparison. The resulting 750+ page hardcover volume was published by Barnes and Noble / Metro Books (NY). The editors were awarded "Best Anthology" from the Horror Writer's Association for their work; deservingly so. "Early Retirement" was my contribution to the tomb. The story, itself, is posted here.