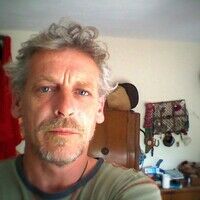 Music: Dinah Washington / Max Richter - This Bitter Earth Time Pressure Andrei Tarkovsky the Russian film director wrote, “ We cannot comprehend the totality of the universe, but the poetic image is able to express that totality.” In relation to the haiku poem he says “ The lines are beautiful, because the moment, plucked out and fixed, is one, and falls into infinity”. I believe that Tarkovsky was able to apply these thoughts on totality and infinity to his slow films, such as Mirror, Solaris and Stalker. He also speaks of the image, “… so there opens up before us the possibility of interaction with infinity, for the great function of the artistic image is to be a kind of detector of infinity… towards which our reason and our feeling go soaring, with joyful thrilling haste”. In one sense for me Tarkovsky talks about the artistic image in relation to film which is a representation of the real. But it could also be applied to the virtual image which can be understood as a memory, recollection, or in poetry, the imagined image. He continues, “How does time make itself felt in a shot/image? It becomes tangible when you sense something significant, truthful, going on beyond the events on the screen; when you realize, quite consciously, that what you see in the frame is not limited to its visual depiction, but is a pointer to something stretching out beyond and to infinity; a pointer to life”. Tarkovsky talks about time pressure and what he means is rhythm; or rhythmic pressure. Editing brings together the shots but the rhythm is inherent when making the film. It is this time pressure, this rhythm that I seek as a filmmaker. It is slow film, one that; “once in contact with the individual who sees it, it separates from its author, starts to live its own life [and] undergoes changes of form and meaning”. I have a wish then when sharing the images of this life that you take a journey into the poetry of the images that we may recognize them together. “The image is an impression of the truth, a glimpse of the truth permitted to us in our blindness”. “It is not possible to catch the moment at which the positive goes over into its opposite, or when the negative starts moving towards the positive”. It is the middle ground that infinity may lie. The place of no words.