This initially was a radio project that I was tasked with voicing, writing , and creating a character similar to "The Joker" portrayed by the fabulous Mark H... 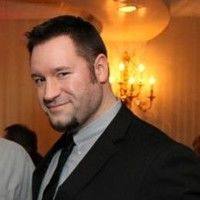 A comedic spoof with legendary actors Al Pacino and Sean Connery reading '50 Shades of Grey' for a Hollywood producer. Al Pacino is played by comedian Greg Aidala , Sean Connery and the Hollywood Producer are played by Voice Actor Stephen Murray. The show was filmed in front of a sold out audience in New York in November 2012. *Adult Content