A scene from the movie "never alone" | Richard Smith I am offering a free weekly webinar for anyone interested in learning how to apply spiritual principles to their life in order to create more success as a creative individual in the entertainment busi... 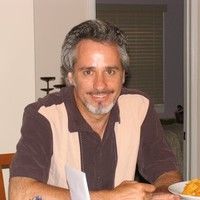 A Scene From The Movie "Never Alone"

I served as a Producer and Director of Photography on this independent film directed by Scott Cervine. In this scene Scott, the writer/director, is searching for a way to connect with his deceased wife and thinks that a visit with Bill, an architect from Van Nuys who channels an entity from another planet, may be a way to do it. I love this scene because Scott, as he has done throughout the film, was able to capture what it is like to travel the less worn path of a spiritual seeker. When I first moved out to Los Angeles, over twenty years ago, I went to see a channel named "Bashar" and it was my first time experiencing something that was so far out of my mental comprehension that it made me curious enough to see if there was something more to life than what I was experiencing and it sent me on a spiritual journey to where I am today. Scott just nailed the experience of attending a channeling for the first time in this scene from his movie "Never Alone.