This was a piece i did for a walk on role for teen wolf. the dialogue is an excerpt from one of the episodes 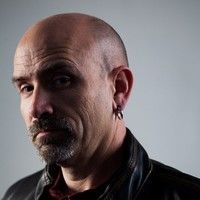 Cowboys & Engines is a steampunk western short that stars Richard Hatch (Battlestar: Galactica), Walter Koenig (Star Trek), Libby Letlow (Masked Rider) and Malcolm McDowell (A Clockwork Orange). The film is an extended pitch piece, aimed at turning the concept into either a film or a series. As such, it isn't a linear narrative; it's a selection of scenes from the feature that give the viewer the story arc, and a sense of the world and its characters. Set in an alternate 1876, Cowboys & Engines follows Cade Ballard, the former Texan ambassador, as he encounters Guinivere Wheeler, a sexy gunslinger and con artist. Together, they form an uneasy pact to stop Dr. Clay, a would-be conqueror who wants to unleash the destructive power of the Temporal Engine, a machine that threatens to lay waste to the entire city of San Francisco.