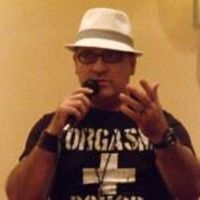 The Fellows Hip: Rise of the Gamers

The Fellows Hip: Rise of the Gamers is a buddy-comedy written in honor of online gamers and Middle-earth fans. Full of Middle-earth references and good-hearted parody. The Fellows Hip follows four gamers across an epic voyage of nerdom. I am one of the Executive Producers through my company Haven Entertainment, and I also did Production and Gaming Consulting through my video gaming company GPX Gaming. We converted a small churches chapel to appear like a massive "Comic-Con-Like" Gaming Convention.