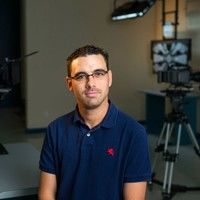 The 1st Trailer for my first feature film SIDEKICKED. This film was a collaboration with a school mate of mine Steven Perez and crewed by mostly classmates. This was cut shortly after we wrapped a year ago, not too many scenes had been sync'd during production (by the end of production our D.I.T became our 1st AD? it was weird). This Trailer is more of a Teaser, but in it's initial release last year, many people on facebook were confused because they didn't hear other people talking in the montage of clips? Lot's of dummies out there I guess. Or maybe I'm the dummy? Eh, were all dummies.