"Ralphie's 'Blue" is the story of a hapless but likable, regular guy named Ralph Monti, a man with two strikes against him. One, he works nights and weekends as an umpire, but he can’t seem to get p... The Real Casino- SplitScreen Criterion trailer https://youtu.be/615GZMdek5Y The best part of this is the big, fat C at the beginning:) #Martin Scorsese #Casino #RobertDeNiro @chifilmfest @Facets 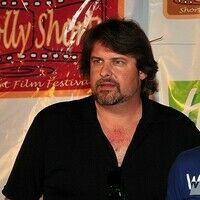 http://jfafilms.com/films_therealcasino.html This is the trailer for the Special Edition of BACK HOME YEARS AGO: THE REAL CASINO: about the real Chicago gangsters who migrated to Las Vegas and formed the basis for Martin Scorsese's epic Casino. The focus is on real life counterparts to the Nicholas Pileggi book "Casino," and subsequent film. "The Real Casino" gives you insights to the film's main characters such as Frank "Lefty" Rosenthal (the Robert DeNiro character), Tony Spilotro (the Joe Pesci character), Alan Dorfman (the Alan King Character), and several of their pals and relatives who were privy to the way Chicago's "Outfit" operated and gained favor in Las Vegas. Unlike many typical "mob" documentaries this is far more than a simple by the numbers account of real events such as the standard, "then he was 'whacked' outside the club..." Instead, the film opts to portray a more first person impressionistic view into the lifestyle, and rip away the sheer veneer of the typical mob film. The film further delves into the stereotypes of the cinematic "mafia" world and makes a compelling contrast between reality and the Hollywood version. The film first aired on John Pierson's Split Screen on IFC/ Bravo, where "The Blair Witch Project" and "American Movie" originated, as well as Bravo and PBS. The full- length version "Back Home Years Ago: The Real Casino" aired on Image Union, WTTW Channel 11, the Chicago PBS affiliate. It has screened in some 25 festivals worldwide and is included on the TF 1 3 disc Special Collector's edition. It also aired on french cable channel www.shortstv.fr In addition, we're offering the new 2 disc special edition along w/ the original DVD which makes this a special 2 disc package that includes new version with new and never before seen still photos, new footage, and revealed identities, etc. The Real Casino Special Edition 2 disc set!