SV2 Studios & Post is your one-stop post production house based in Greensboro, North Carolina and opening soon in Atlanta, Georgia. We believe that great films are perfect marriage of visuals and soun... 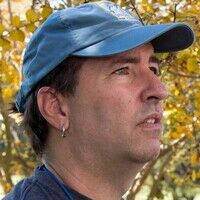 YOUR CHANCE TO HAVE YOUR MUSICAL PERFORMANCE ON THE GIANT SCREEN http://infinitum.insaturnsrings.com The opening of the film “In Saturn’s Rings” consist of a 3 minute prologue that introduces up the film and how it was made. Then the film’s dazzling real photoanimations begin from the chaos of The Big Bang, through the early universe, and a stunning flythough across 13.7 billion light years of time and space, down to the surface of the earth, featuring over 6 million real photographs. LOOKING FOR MUSIC I searched for years to find the right music that would work for this. And failed. No one genre or “sound” captured this. Until in researching the science behind the evolution of the universe, I realized the answer was “everything”. THE PLAN The plan is to take a single composition, lock the tempo & timing, provide the chords and melody as guides – then let musicians of all styles, genres and abilities have at it. From death metal to a capella, anything goes. Then we will mix and layer (and possibly solo) these performances over the 13 minutes the composition lasts. Pieter Schlosser has generously created and donated a wonderful composition “Infinitum“, timed perfectly for the final edit of the film.