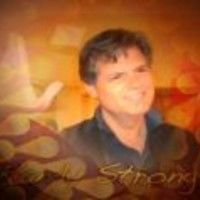 Just a sample of a new animation technique that I'm developing for a feature length film involving Sasquatch. Looking for people who are interested in tearing up the Hollywood establishment. I'm an editor, writer, film maker, and motion compositing expert along with lighting and sound. Obviously a feature length film of the quality of Avatar doesn't get produced by one person, but I can lead the charge to become the new James Cameron of our day. Need money, team, and studio to produce it out to the final project. Send me a message if you are interested in joining the movement. I've got all the Jungle scenes already filmed and need creative CG people to build motion paths for motion capture. This is the most ambitious undertaking of my life, but I've invested countless hours in the jungles of Florida filming some of the most spectacular wildlife, rivers, and establishing scene shots that could be pieced into a finished masterpiece with the right team. So there you have it. Laying it on the line for something I believe in and know that it will work. Titanic was a story told many times before Cameron came along but he told it better. This is a heart wrenching story of a legendary creature of the forest in North America. The story is told through time from the Indians to the modern day invasion of suburbia knocking at the door.