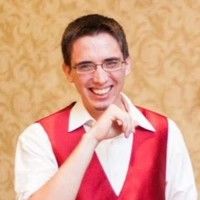 Separated from their respective teams, Detective Wayne Harris (John Stewart) and US Marshal Craig McConnell (Andrew Hall) are tracking a rampant serial killer known to be in the area. Upon meeting each other, it becomes apparent that their history in tracking the elusive serial killer, known only as The Whisperer, is catching up to them. Discovering that both officers encountered the elusive killer before makes them question if being separated from their teams and meeting each other is really no coincidence at all.