The war is over - official music video | Dan J Rizzuto 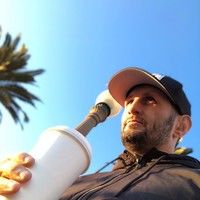 The War Is Over - official music video

Chin Injeti, a 3x Grammy Award winning producer, who has worked with artists like Drake and Eminem, has released a new video that was filmed in ‪his home town of Vancouver. ‬This is what happens when a photoshoot turns into a music video. The War Is Over was meant to be a stills project, but soon turned into a flowing art piece, and edited into a visual project about movement. The battle between the light and the darkness we all feel inside is real, but soon we learn that one cannot exist without the other. We need the dark just as much as we need light. "When I heard Chin's music, I knew it was the right fit" - dan rizzuto SONG: The War Is Over ARTIST: Chin Injeti MUSIC PRODUCER: Chin Injeti LABEL: Sparks Music @chininjeti DIRECTED by: Dan Rizzuto - @danrizzuto PRODUCED by: Mark Whitehead @gtsstudios MAKEUP / HAIR: Natalia Vaskina @ vaskina_makeupartist PRODUCED by: Dan Rizzuto FILMING LOCATION: Get The Shot Studios, Vancouver, BC EDITOR / CAMERA OP: Dan Rizzuto ASSOCIATE PRODUCER: Cam Hilts @CamHilts CAMERA: Red Epic Dragon (low light OLPF) LENSES: various Canon Cine Primes / Sigma 50mm 1.4 NLE: FCPX www.gettheshot.ca www.chininjeti.com www.danrizzuto.com