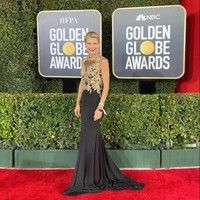 Michael Nouri is beginning his fifth decade in film, theatre and television. He recently co-produced and starred in the movie "The Squeeze" (2015), appeared in the critically acclaimed NBC miniseries "The Slap" (2015) and can be seen in the new US TV series "Heartbeat" (2016) and "Blue Bloods" (2016) opposite Tom Selleck.