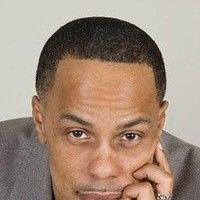 This is a promo that was put together to advertise my book OUTCAST that is currently on sale. All his life, Tirrell Ellis has felt like it was him against the world. Estranged from most of his family, he had only his grandmother, Noonie, to take him in and show him love. Tirrell grew up burning with rage that was bound to come out—first, in his fight with a fellow private that got him drummed out of the army; then, in a destructive blowup with his first love, Tasha. Everything changes when Tirrell meets glamorous event planner Alexandra Solomon. Noonie has a bad feeling about her, but Tirrell is head-over-heels with this woman who seems to love him just the way he is. When Alex turns out to be a drug dealer, and Tirrell finds himself addicted to crack, his life spirals rapidly out of control. Can this outcast find his way home?