Celebrities eat custom dishes with two lucky contestants prepared by a Chef on a hip-hop cooking show that has a live audience and DJ. 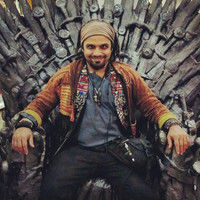 https://www.facebook.com/Phat-Kath-123998437809500 Tucked away from the crazy tourist and traffic filled streets of Thamel is Phat Kath. Through an arcade between the shops you enter an open courtyard in the rear and follow the stairs up to the wooden verandah. The coin studded hanging lamps, currency collection on the wall, the different themed lounges-these make Phat Kath different-in a good way! The place is setup in a really cool organic kind of style using stone, timber, and wood. They have an indoor outdoor configuration. Indoors the wall is decorated in a very nice piece of art. Outdoors in place of an umbrella for shade that have a flowering tree. They have normal tables and those cool mini tables where you sit on cushions on the ground. The place has a very relaxed vibe about it, and they were playing this cool music which sounded as though it was from the 30s or 40s. It suited the place a lot! Having been here a few times now we found it the ideal place to escape the mania of Thamel's tourist trap and unwind. Regardless of how busy it is and where you choose to collapse you'll be mellowed in it's regae atmosphere of soothing music. We met the owners Mok and Sunil and from day one Sunil along with all the staff were full of positive vibes and took care of us throughout the time we shot there to make a short video for them. The staff were very friendly and cool. They had a wide range on offer. I would say hats off they have the best cheese balls in whole of Thamel at least… well I would go ahead and say, the whole of Kathmandu and Pokhara. They also had a good wifi connection. The kitchen is in the inside dining area, it was very clean. Now as for the drinks, the Bartenders are really cool and always smiling, playing music and making drinks. We would recommend this place for pre or post dinner drinks with friends or just somewhere to chill out and escape Thamel. We have been travelling in South East Asia and Asia for almost 17 Months and this place has made an amazing impression on us. We really enjoyed being there and filming the enchanted placed as well.. We will definitely make another visit here before we leave Kathmandu. Amazing job guys!!! How to get there: look (very carefully) for a small, floor-standing sign pointing into an alley off Chaksibari Marg. Phat Kath is on your right if coming from JP School Road. Client: Phat Kath - https://www.facebook.com/Phat-Kath-123998437809500 Director/DOP: Ozair Rao http://www.ozairrao.com Produced By: Hopscotchers - http://www.hopscotchers.org In Collaboration With: http://www.theparadoxstudio.com Producer: Nazreen Nizam - http://www.nazreennizam.com Date Produced: 15th October, 2015 Equipment Used: Camera & Lenses: GH3, 14-140mm, 35-100 2.8, 20mm 1.7, Go Pro Hero 3 Post Production: Adobe Premiere CC, Adobe After Effects CC, Adobe Audition CS6 Color Correction: Magic Bullet Looks